Navigating the public relations industry as a new professional can be difficult, but we’re here to help!

The PRSA New Professionals Summit is coming to you online Oct. 6-7, 2021. Register now to garner insights from some of the top public relations professionals in the U.S. in this two-day virtual event.

Session One
Your Reputation Is the Core of Your Business

Denise Blackburn-Gay has been employed in the field of public relations for the last 30 years serving as a college professor and corporate executive before opening her firm, Marketing Strategies, Inc.

She is one of 350 members of the Public Relations Society of America’s prestigious College of Fellows, a distinction bestowed on only about one percent of PRSA members.  She is among the 46 accredited (APR) professionals, and one of only two experts certified in Crisis Communication and Reputation Management in the State of South Carolina. In 2009, she earned distinction as the first female to be elected President of one of the country’s oldest and most credible advertising trade associations, MCAN. In early 2018, she became South Carolina’s first woman  to be inducted into membership in the Organization of American Women in PR.

Denise has served on the Business Advisory Boards of Horry-Georgetown Technical College and the University of Florida and serves on the Board of Directors of many local civic organizations. She is a member of the Rotary Club of Myrtle Beach and is a Paul Harris Fellow.

Keynote Address
Silence Is Not an Option: Using PR for Corporate Good 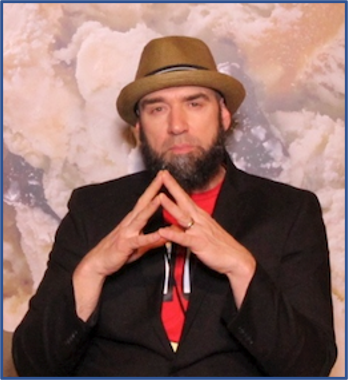 Beginning in 1988, Sean has first-hand experience of the triumphs and tribulations over his three decades plus with Ben & Jerry’s. His title - Grand Poobah of PR - has been earned one scoop at a time. Along the way he has taken a serious interest in sharing the Ben & Jerry’s story and mission, namely, that businesses can thrive when they lead with their values and consider more than simply making a profit.

In his PR position, Sean has created programs, flavors, and managed relationships working with the likes of Sir Elton John, the band FUN, Ziggy Marley, Stephen Colbert, Nike, and more. Sean provided communication strategy for the company’s global climate “Save Our Swirled” initiative and the Democracy is In Your Hands campaign highlighting systemic racism, implicit bias and voter suppression featuring a flavor called “EmpowerMint.” The same campaign led to the company’s support for the Black Lives Matter movement. Sean quarterbacked the launch of The Tonight Dough starring Jimmy Fallon on the Tonight Show. In early 2020 he co-hosted – alongside comedienne Michelle Buteau - the launch event for Ben & Jerry’s new partnership and flavor with Netflix, called “Netflix & Chilll’d.” He led media communications for the company’s “We Must Dismantle White Supremacy” statement in response to George Floyd’s murder. Most recently he led the launch of the 7-flavor ganache Topped line and worked with Fallon and Colbert on launching Non-Dairy, vegan certified versions of their top 10 flavors.

In his Poobah work Sean serves as Director of Public Relations and Communications at Ben & Jerry’s headquarters in Vermont consistently resulting in billions of annual earned impressions. The Gonzaga Master’s graduate often can be found loafing near the Research & Development lab volunteering as a taste tester, all the while, enjoying the company benefit of three free pints of ice cream per day. His favorite flavor is Cherry Garcia.

Speaker To Be Announced