NEW YORK, December 16, 2019 – Errol Cockfield, senior vice president of communications at MSNBC and a member of the PRSA Board of Directors, was inducted into the PRNEWS PR People Hall of Fame on Thursday, Dec. 12 at a ceremony in Washington, D.C. The annual event showcases the passionate communications professionals and budding PR leaders who make communications matter in the marketplace.

Cockfield has been a longtime member of PRSA, the nation’s leading professional organization serving the communications community. In 2020, he will complete the second year of his term as a Director-At-Large. An active member of PRSA's New York Chapter and a frequent panelist at PRSA events throughout the year, Cockfield is also an industry diversity advocate and has given back to the profession as a passionate mentor to up-and-coming professionals.

In his current role at MSNBC, Cockfield is responsible for setting the communications and media strategy, and partnering with editorial and business leads at the network. He also serves as lead spokesperson. Throughout his 25-year career, Cockfield has gained extensive experience in the areas of media, politics and communications consulting, having led the New York crisis management team for Edelman, the world’s largest independent public relations agency. He also served as press secretary to two New York governors. Cockfield is also a media trainer, executive coach and has run crisis simulations for C-Suite teams. A former journalist, the Stony Brook University graduate also worked for notable publications, including the Los Angeles Times, the Hartford Courant and Newsday.

“Working in public relations and media over the past 25 years has been an absolute pleasure because it’s my passport to so many different worlds,” Cockfield said. “As someone who loves to learn and meet new people, this field feeds my curiosity and lifelong pursuit of scholarship.” 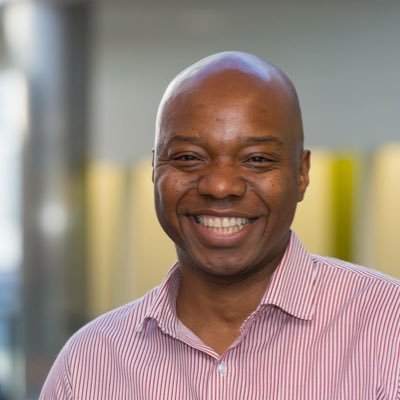