This Year’s Campaigns Focused on Increasing Participation in 2020 Census

NEW YORK, May 18, 2020 – PRSSA, the foremost organization for students interested in the public relations and communications fields, announced today that DePaul University (The ‘A’ Team) was named the winner of the 2020 Bateman Case Study Competition. The University of Florida earned the second-place spot, while High Point University finished in third.

This year’s Bateman Case Study Competition challenged students to research, plan, implement and evaluate a public relations campaign centered on increasing participation in the 2020 Census. Participants also helped in the ongoing efforts to educate people about the value of the census, as well as inform their community about the source of quality data available from the Census Bureau about their communities.

“The work of our PRSSA students never ceases to amaze me,” said Jeneen Garcia, Executive Director, PRSSA. “Even as schools closed and classes went online, our students were resilient in their efforts to complete their campaigns — a testament to their inspiring work ethic and ingenuity. As we all grapple with the coronavirus crisis, the census is more important than ever before. I’m incredibly proud of our PRSSA students who came up with fantastic campaigns and made a difference in each one of their communities.”

The Bateman Case Study Competition originated in 1973 as a national case study allowing PRSSA members to exercise the analytical skills required for public relations problem solving. In 1983, the name of the Competition was changed to honor the memory of the late J. Carroll Bateman, APR. Bateman was a past president of PRSA and was instrumental in the founding of PRSSA.

PRSSA received 57 entries from across the country. Teams were judged on their research, planning, implementation and evaluation. Due to the COVID-19 pandemic, the top three finalists presented their campaigns virtually to a panel of judges comprised of representatives from the U.S. Census Bureau, Team Y&R and PRSA.

To increase participation in Chicago, “The ‘A’ Team” from DePaul University researched its target audiences made up of DePaul students and African American and Hispanic males. The team’s key campaign message was “Make Your Community Count.” To amplify this message and activate target audiences, DePaul highlighted the importance of the census, trained networks of student ambassadors and worked with community leaders to increase participation, particularly among hard-to-count populations. The team also joined forces with Chicago’s Complete Count Committee and implemented in-person, digital and media strategies to educate thousands of students and hundreds of African American and Hispanic males about the 2020 Census.

“We’re so grateful our campaign received this national recognition and it’s been such an amazing learning experience for us,” said The A Team. “When we started, we never had a sense of how invested we would become, and how much we would grow, individually and as a team; we felt lucky to work so well together as tenacious women on such a meaningful project like the census.”

“I’m so proud of my students and their tireless commitment to their “Make Your Community Count” campaign,” said Jim Motzer, DePaul University Faculty Adviser. “In addition to getting a crash course in developing and implementing a PR campaign, my students took away meaningful lessons from working with community partners and their Bateman experience changed forever how they view the census and its importance.”

Administered by the University of Florida team, the "We Deserve Better" census campaign was a research-based grassroots initiative that was bolstered by a strategic and innovative digital strategy aimed at increasing 2020 Census participation among students and renters in Gainesville, FL. The campaign utilized messages that conveyed the sentiment that each member of the community deserves better – better transportation, social services, educational opportunities, hospitals, housing, roads, etc. To accomplish its goal, the team hosted events, formed strategic partnerships, created interactive activities and worked in earned, shared and owned media. The campaign ultimately contributed to Gainesville’s 15.7% census participation rate by March 20, 2020.

High Point University’s “COUNT US IN!” campaign combined primary survey and biometric research with informational interviews from local thought leaders to produce a campaign that resonated with the community. The team’s six on-campus events, strong social media presence and video content engaged 66% of HPU’s undergraduate student population, while its partnerships with 10 community organizations aided the team in reaching more than 220 young African American and Hispanic males, populations that have been historically undercounted in the decennial census.

“We were humbled to see the innovative ideas that came from all of the teams, and we appreciate their contributions to the success of the 2020 Census,” said Burton Reist, Assistant Director for Communications, U.S. Census Bureau. “Not only did these teams invest months of their academic year to develop major campaigns for their campuses and communities, but just like the Census Bureau, students had to adjust to the unique situation in the current environment. It’s clear that these students not only learned the importance of the census count and how census statistics impact their local communities through federal funding, but also what it takes to manage a campaign.”

The three finalists will be recognized at an awards ceremony during the PRSSA 2020­­­­­­­­­­ International Conference, which will be held later this year.

In addition to the three finalists, 14 entries received honorable mention: 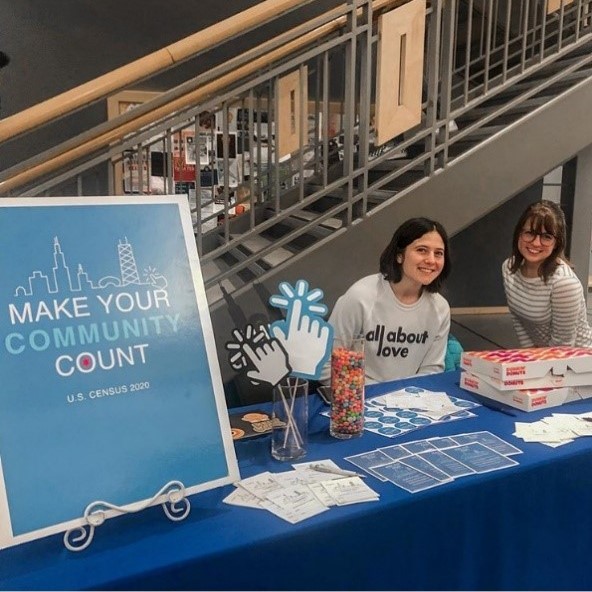