Lewton’s volunteer service reflects her commitment to advancing the profession, providing leadership to students, and substantial contribution to public relations education. Toth endorsed Lewton for her support of PRSSA and student chapters, service on advisory boards for several different universities, advisement and judging for the PRSSA Bateman Case Study competition, development of endowed scholarships for students as a PRSA Foundation trustee and president, and service as a site team member for schools seeking PRSA Certification in Public Relations Education (CEPR). Most notable has been Lewton’s more than six years of volunteer service and leadership for the Commission on Public Relations Education (CPRE).

“I know of no other person who has done so much to ensure the viability and international impact of the Commission on Public Relations Education” said Toth. “Thanks to Lewton’s leadership for the CPRE research report, “2017: Fast Forward: Foundation + Future State. Educators + Practitioners” has become the foundation for public relations curriculum nationwide.”

“It is not an exaggeration to say it [the CPRE report] would not have been published without Kathy’s extraordinary efforts and skillful collaboration and editing accomplished in conjunction with the report’s numerous chapter authors,” said D’Angelo. “CPRE has a proud 38-year history of publishing important research that brings together the interests of our field’s practitioners and educators, and Fast Forward may well be the high point thus far in that tradition.”

In 1991, Lewton authored “Public Relations in Health Care: A Guide for Professionals” the only textbook of its kind, in use at several universities. She continues to write extensively on the role of public relations in healthcare organizations in publications such as Healthcare Strategists, Society for Healthcare Strategy and Market Development, and The Strategist as well as speak on the topic for both academic and professional audiences.

“Kathy Lewton reflects the spirit of the Ferguson Award, helping strengthen the bond between those who teach and those who practice,” said Galloway. “What distinguishes Kathy’s service is her leadership in bringing together academicians and professionals to discuss where the profession is going and what educators need to do to make their classrooms “learning labs” for the professionals-in-training, and the next wave of entry-level professionals.”

About PRSA
The Public Relations Society of America (PRSA) is the nation’s leading professional organization serving the communications community. PRSA is the principal advocate for industry excellence and ethical conduct and provides members lifelong learning opportunities and leading-edge resources to enhance professional connections and support them at every stage of their career. With nearly 30,000 members, PRSA is collectively represented by 110 Chapters and 14 Professional Interest Sections, and on nearly 375 college and university campuses through its student organization, the Public Relations Student Society of America (PRSSA). For more information, please visit www.prsa.org. 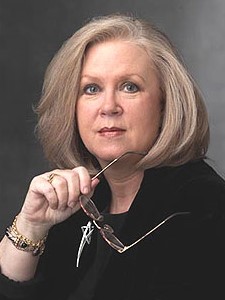