After 2 Hurricanes, Lake Charles Told a Story of Triumph

I often reflect on the evening of Saturday, Nov. 2, 2019. I had just reached my two-month anniversary of living in Lake Charles, La., and landing my dream job of working with travel journalists for Visit Lake Charles, the region’s destination marketing and management organization.

At the age of 23, I felt like I had already made it. On this night in particular, the first “Southern Cast Iron Cook-Off” was being held at the Lake Charles Civic Center. We hosted a group of travel and food writers to showcase our distinct, flavorful Southwest Louisiana cuisine that can be cooked in cast-iron frying pans, and our culture. Lake Charles is known for its luxurious casino resorts, untouched natural beauty along the Creole Nature Trail All-American Road and rich Creole culture.

Country music artist Craig Morgan was the cook-off’s headliner. Local beer and food were served in abundance and celebration filled the air like confetti. Behind the stage, the background was a stunning view of the sunset over the Lakefront Promenade and marina of Lake Charles. I kept thinking, “This is what it’s like to feel on top of the world.”

Our Louisiana winter came and went, and we began preparing for Mardi Gras. Lake Charles holds the second-largest Mardi Gras celebration in the state, with a copious number of balls, parties, cocktail events and dinners leading up to the big day, which in 2020 fell on Feb. 25. But soon after the celebrations settled, the whispers of a pandemic began.

After exactly six months of working in my dream job — during which time I had seen my new town in its best light, made new friends, wiggled my way into the young-professional scene and felt as if my enthusiasm alone could sell our destination to anyone — COVID-19 arrived.

Our communications team, like those of most destination-marketing organizations across the country, began to focus on our community’s well-being. By summertime, as coronavirus restrictions began to loosen, we could feel hope in the air.

For me personally, it was a time of reflection. I was preparing to celebrate my first anniversary of taking a leap of faith and moving to Lake Charles. I had signed a one-year lease on an adorable home in downtown Lake Charles that is a one-minute walk from the city’s historic Shell Beach Drive and a six-minute stroll to my favorite bakery in town, The Bekery.

Stories of hope and resilience

The initial shock of the destruction wore off quickly. Many of us returned in the days after to salvage what we could, figure out living arrangements, check on our neighbors and survey the area.  For those who could not return, news of destruction filled their phones and TV screens. My home was damaged but livable. The “Visit Lake Charles” welcome center wasn’t nearly as lucky.

For the next few weeks, our staff was scattered across the country staying with friends and relatives and busy making plans to replace lost roofs on their homes and entire closets of clothing and shoes.

The initial media response was enormous. Everywhere you drove in the city you saw TV news trucks and journalists from around the world who had arrived to cover the damage that Laura’s 150-mph winds had spread throughout Louisiana’s Cameron and Calcasieu parishes.

On Sept. 7, Mayor Nic Hunter posted a cellphone video he had shot from the roof of City Hall, in which he famously said, “I am begging, I am pleading for Americans not to forget about Lake Charles.” The video has since been shared nearly 15,000 times and drawn supportive comments from people around the country.

Our communications team sprang into action. For the first two weeks after Hurricane Laura, my eyes never left my phone or laptop as I scanned Twitter, Facebook and Instagram for story ideas and leads for new media contacts.

Many journalists from across the country were connected to our team via social media so they could schedule interviews and find sources to tell our story. We relied heavily on our PR firm, Mindy Bianca Public Relations, to pitch story ideas to large media outlets such as Southern Living magazine, “Good Morning America” and “TODAY.”

Overnight, we had transitioned from pitching outdoor family adventures to undertaking crisis management and rebuilding efforts.

For our travel and culinary writers we had worked with in the past, messages of sympathy and support poured in even before Hurricane Laura had made landfall. Journalists who had recently traveled to Lake Charles or frequented the area over the previous decade shared our messages of hope and resiliency. My inbox was filled with emails and Facebook messages from loyal reporters asking how they could help, whether by written word or donations.

To make sure our destination would be on their minds and the information was accurate, for the next several weeks we directly communicated stories of our resilience and progress in rebuilding to the media.

A time for grit, not sorrow

Only six weeks after Hurricane Laura battered the area, Hurricane Delta set its course for Southwest Louisiana. On Oct. 9, Delta’s path charged through Lake Charles with 100-mph winds, kicking in the chest our already struggling community.

Initially, Delta didn’t draw as much news coverage as Hurricane Laura had received, perhaps due to the 50 mph difference in wind speeds. But when we arrived back to work on that Monday morning, we had to reassess our destination all over again.

Robin Roberts and Rob Marciano of “Good Morning America” heard our cries for help. They came to Lake Charles to broadcast live and produce intimate, heartfelt stories about our community. A resurgence of media coverage began and a message of resilience was told. It was no longer a time for sorrow and pain, but to show our grit and plan for the future.

We certainly couldn’t have predicted what 2020 had in store for Southwest Louisiana. But after the dust settles, the story is yours to tell. Will you let circumstances overcome you? Or, will you tell your story triumphantly? 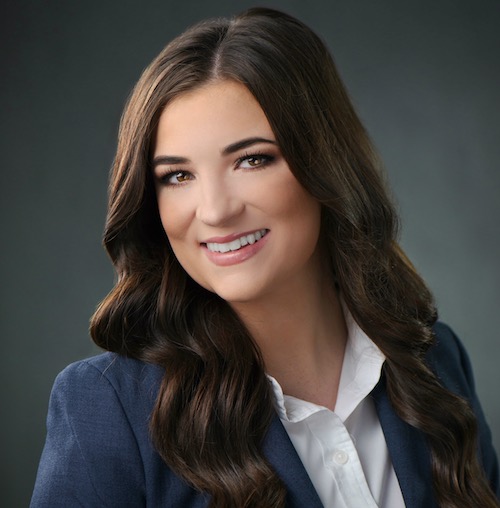 Kathryn Shea Duncan is the media/PR manager at Visit Lake Charles and a graduate of the University of Louisiana at Lafayette. You can follow her on Twitter at @kat_dunc and Instagram at @kathrynsheaduncan to stay up-to-date on Lake Charles’ recovery.