Speechwriting is not a job as much as it is a situation: a problematic one, in which a writer obscure enough to be writing speeches instead of novels, is responsible for articulating the ideas of a leader prominent enough to have a personal speechwriter.

So fraught is the speechwriting job, that the Q&A sessions at the Professional Speechwriters Association’s twice-annual Speechwriting School are often dominated by questions that have little to do with researching and writing speeches.

No, many of the questions come down to the competing priorities of speechwriter and speaker — disagreements made more difficult by the great difference in power and status between the two.

And four questions seem to come up in almost every session of Speechwriting School (and its sister course, Military Speechwriting Training). Let’s take them one by one:

“Should I use a script, or bullet points?”

Speechwriters generally prefer scripts, because they take care with the words they write, and want the message to get across powerfully and clearly.

Many speakers prefer bullet points because they want to appear “more natural,” as they will explain. And, as they won’t add, they don’t want to put in the rehearsal work required to deliver a scripted speech in a conversational way.

The speechwriter must lie in wait, for the right moment: the huge keynote, the crucial crisis statement, the nuanced explanation on the earnings call, the commencement address at the cherished alma mater—when the boss knows the words have to be exactly right, and cares enough about the communication opportunity to put in the time to deliver the speechwriter’s words as eloquently as they’re written.

And the speechwriter must then hope that after delivering one great speech, the speaker will be less content to orally shamble through bullet points in the future.

“How do I get my speaker to open up and tell personal stories to put into speeches?”

Some leaders naturally reference their personal life in their professional communications; some don’t. Speechwriters needn’t spend too much of their time squeezing intimate anecdotes from a stone. Not every corporate CEO’s or university president’s speech has to be a TED Talk that ties the leader’s work directly to some childhood epiphany, or searing early-career mistake.

A leader can show passion and concern, demonstrate sensitivity and humor, by talking not about self, but about others: employees, customers, community members and other human beings surrounding the organization.

Tell their stories in vivid detail, expressing appreciation for their sacrifices and contributions, emoting in a personal way about how they make the organization’s work—and even the leader’s work—worthwhile.

A speechwriter doesn’t need the speaker’s help to find those kinds of stories: The speechwriter can find them, inside the organization and out, and render them in such a way that when the leader retells them, they land, and last.

“How can I get my speaker to rehearse?”

The legendary speaking coach Virgil Scudder was once told by a CEO before a session, “You have 15 minutes.” Scudder shot back, “I bet you don’t tell your golf pro that.”

Your average speechwriter might not have that kind of mouthy moxie, but every speechwriter must have the conviction that rehearsal is necessary—and confidence in her or his ability to rehearse the speaker well.

Because that confidence is precisely what many speakers secretly lack. They resist rehearsal and coaching not only because it is time consuming, but because they worry they’ll go through all of it and still come off badly on the day — an imagined double humiliation that the speechwriter has to be able to assure them will not occur.

“How do I write compelling speeches for a speaker I rarely or never meet?”

After 30 years of teaching speechwriters, I have what at least sound like practical answers to just about every speechwriting question. Except this one.

I have decided that I’m through trying to answer it, pretending to answer it, apologizing for not being able to help speechwriters who want to know how to wheedle ideas, coax stories, wrench humor out of clients who won’t give them the time of day.

How do you bring out the warmth and humanity of clients who care so little about the audiences they’re about to bore, that they won’t spend 30 minutes with a person who is paid to invent their ideas out of whole cloth?

A speechwriter can hack out conventional ribbon-cutting remarks or bureaucratic state-of-the-institution speeches. But no one can consistently write meaningful, persuasive, galvanizing speeches for someone he or she does not know.

Furthermore, a leader who would be satisfied to regularly deliver words written by a faceless underling is not someone a speechwriter wants to spend any but the shortest possible résumé-padding period writing for.

Yes, speechwriting is a problematic situation: It’s one person helping another person say something meaningful to some dozens or hundreds of other people.

That requires the robust participation of both the speechwriter, and the speaker.

So people who write speeches must know in their bones what is impossible, what is workable and what is ideal for creating compelling oral communication — and use all their conviction and their cleverness, to assert these realities to the speakers they serve. 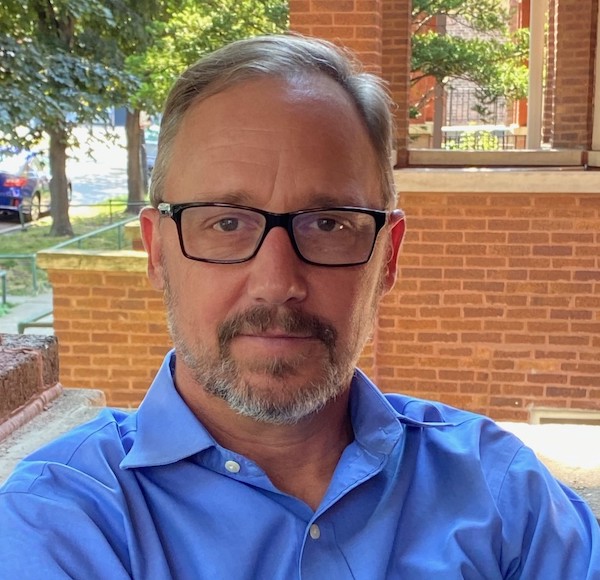 David Murray heads the global Professional Speechwriters Association and the Executive Communication Council, and comments daily on communication issues on his blog Writing Boots. He is an award-winning journalist and is editor and publisher of Vital Speeches of the Day. He is the author of several books, the latest being "An Effort to Understand: Hearing One Another (and Ourselves) in a Nation Cracked in Half."