“Theory equals strategy,” I often say to my students, and to PR professionals and clients. It’s true in many areas of PR practice, particularly when it comes to persuasive writing.

Too often, clients and co-workers say they want to “get the word out” or to “raise awareness.” But these are minimal objectives and weak strategies.

Another phrase often heard in our business, “know your audience” is a good mantra when it comes to public relations of any kind, especially writing. But it’s also just a beginning, because demographics alone are not a basis for persuasion.

For any communications campaign, it’s far better to have an intended outcome or public reaction in mind. The goal could be as simple as seeking to deepen the audience’s understanding, or as complex as trying to change people’s attitudes or motivate readers to take a specific action.

Such writing is not merely informative but persuasive, and will be more successful when persuasive theory is applied. Here are four theories, with brief descriptions and practical applications, that you can apply to your writing to make it more persuasive.

People judge what they read based on the opinions the writer expresses and how those points are expressed. They consider positions relative to other known positions on the same issue, and evaluate them based on what the theory calls “latitudes” or acceptance or rejection.

In other words, people don’t simply agree or disagree with what they read. Rather, they consider the writer’s positions as falling within a scale or range. The theory’s social aspect involves the degree to which readers will equate an issue to their own involvement with it and their senses of self, and whether they might regard the writer’s position as being closer or further from their own view than it actually is.

How can you apply social-judgment theory to your own writing? One way is by presenting your position in the context of other arguments readers may have heard on the same issue, so you can anticipate their reactions. presenting them as falling within a range of acceptance in a more nuanced approach than a simplistic right or wrong assertion.

Another way to apply social-judgment theory to your writing is by appealing to the reader’s sense of identity or personal involvement with an issue. Finally, clarity is essential to avoid assimilation and contrast effects that work against the purpose of the writing.

“Cognitive” and “dissonance” are fancy words for “mental” and “different.” Essentially, this theory teaches that a new idea someone encounters clashes with an opinion they currently hold.  To avoid what psychologists call “cognitive pain,” people will often cling to existing ideas rather than be persuaded by a new one. This phenomenon is more prevalent when the new idea — or writing — is complex.

The problem for the writer then is not to be brilliant in an argument, but to gently get readers to consider the new, opposing position. Incentives and other gimmicks don’t usually work, at least not long-term, because they don’t address the root issue.

One strategy to address this is to encourage people to consider an issue from square one, not to reject their predisposition but just to step back and reconsider their own opinion compared to new information or perspective. Also effective is to appeal to the reader’s desire to be consistent in his or her own thoughts and actions, or to stay current on an issue they find personally relevant.

As this theory’s name implies, people need a good reason to act, or to change their behavior by purchasing a particular product or service, for instance. A person’s intent to behave somehow according to this theory is based on four things: their positive or negative attitude toward the suggested behavior, if they think other people important to them want them to do the behavior (injunctive norm), if they perceive that important other people are also already doing the behavior (descriptive norm), or if they perceive themselves to have control and ability of the behavior (self-efficacy). All or some of these may apply in a given situation.

To apply reasoned-action theory to your own writing, first address the reader’s attitude about the behavior head-on, explicitly stating why it’s a good behavior.

Writers can use “peer appeals,” in which readers might want to please or imitate important people in their lives. Testimonials are one form of this strategy. To help hesitant readers engage in a suggested behavior, you can also use language that encourages them to believe they can in fact adopt that behavior, such as simple “how to” steps.

Another theory that can make writing more persuasive, the “elaboration-likelihood model” takes into consideration how deeply people will likely think about something they read. It describes two routes the reader’s thinking may follow: a central route, on which they are focused on the issue at hand; or a peripheral route, on which they are reading or listening but not with their full attention. The route chosen reflects how significant the reader considers the topic.

Writers will be more effective when they write to the route. If a reader is on the central route, then the message itself is vital for persuasion. Conversely, if a reader wanders onto the peripheral route, cognitive shortcuts — such as emphasizing a source of information and its credibility or stressing the majority opinion on the issue — will be more persuasive than actual arguments.

Applying these theoretical insights to specific lines of copy, persuasive appeals, comparative examples and metaphors will make writing more focused and even fun for PR professionals. It will also help create writing that is more understandable, convincing and motivating for its intended readers. 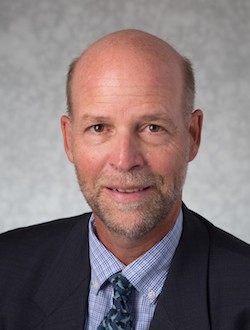 Timothy Penning, Ph.D., APR, Fellow PRSA, has a background in journalism and PR practice and continues to consult through his business, Penning Ink. He is a professor and coordinator of the Advertising and Public Relations program at Grand Valley State University in Allendale, Mich.