Coaching Style: Are You Open to Feedback?

In a 2019 survey, rank-and-file practitioners said PR leaders are performing at C+ levels, down from a grade of B- in 2018. Meanwhile, those of us with big titles will say we’re doing A- work. These are the findings of “The Report Card on Public Relations Leaders 2019,” from the Plank Center for Leadership in Public Relations at the University of Alabama.

The average grade and downward trend in PR-leadership performance, which was discussed in depth in the February issue of Strategies & Tactics, is troubling — particularly in these unprecedentedly unpredictable times during the COVID-19 outbreak.

But the seeming lack of self-awareness among veteran PR pros should concern us even more. It’s a painful reminder that we could all benefit from some tough-love feedback. Unfortunately however, despite abundant assessment tools and literature on how to give feedback, far less has been written about the right way to receive it.

Being a good ‘coachee’

Having spent most of my career in and around technology, I get my inspiration from tech pioneers like Eric Schmidt, former CEO of Google. He credits his longtime executive coach, the late Bill Campbell, for much of his success in building high-performing teams.

Plenty of other tech visionaries — including Google co-founder Larry Page, Apple co-founder Steve Jobs and Facebook COO Sheryl Sandberg — also sought guidance from Campbell, who was a former college-football coach. Those high-profile businesspeople continued to receive Campbell’s executive coaching well after they had earned off-the-charts acclaim for themselves, with salaries to match.

The beloved “Coach Bill” is said to have talked to corporate leaders about the traits of a good “coachee.” Those qualities include honesty, humility, willingness to work hard and persevere, openness to learning, and a desire to serve something larger than oneself.

The goal should be to create a culture for your organization or team where self-awareness, feedback and coaching thrive. I was fortunate to have a professional coach for several years. He taught me a tremendous amount and changed the trajectory of my career by pushing me to achieve things I would not have pursued otherwise.

I believe in the coach-player relationship, especially at important junctures. But I’m also a fan of feedback, both formal and informal. We can learn much from candid discussions with our colleagues, but usually we have to ask them for their feedback.

Here are some tips to consider when on the receiving end of coaching or constructive criticism: 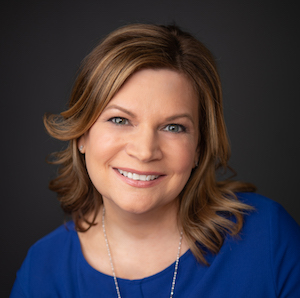 Janet Tyler is an ACC-accredited executive coach, management consultant and longtime member of PRSA’s Counselors Academy. Her company, True Depth, is based in Detroit.