Communicating an Organizational Vision That Inspires

On Sept. 12, 1962, in a speech at Rice University in Houston, President John F. Kennedy set forth a vision that would inspire generations to come:

Less than seven years later, on July 20, 1969, the United States landed the first men on the moon. In the years since Kennedy’s historic speech, we have been challenged by other visions, from Martin Luther King Jr.’s vision of equality for people of color to Elon Musk’s more recent idea of colonizing Mars by 2050.

Many organizations have vision statements. Posted on the company website or written in the employee handbook, such statements too often describe abstract goals or convey feel-good sentiments that wind up being ignored by customers and employees. The problem is that these statements don’t convey a sense of the future.

A vision describes a preferred future, a desired state of change toward which an organization or a group of people are working.

When looking forward, it’s important for organizations to consider there are many possible futures, not just the one they desire. When envisioning ideal futures for our own lives and careers, we might realize there are many other scenarios we could find ourselves in 10, 20 or 30 years down the road. The same holds true for organizations, governments and movements.

When communicating an organization’s vision, we should ask, “Is this a vision or just a goal? Have we considered other futures? Does our vision reflect our desired future?”

I was invited to help a nonprofit spiritual retreat center revisit its vision-and-mission statement about 20 years after the organization had been founded. The retreat center, a collaborative effort between a Catholic religious order and the local Episcopal church, wondered whether it had lived up to its ecumenical vision.

After numerous interviews, I concluded that the nonprofit was ready to expand its vision and welcome people of all faiths to share in its unique, transformative retreat experience.

As we look more closely at our organizations’ vision statements, we should consider the value of having a vision in the first place.

When Musk’s aerospace company SpaceX says it seeks to make “humanity multiplanetary,” it offers a vision that goes beyond building rockets, one that foresees a day when those rockets will carry people to the moon or Mars. Its statement provides clarity for everyone who works at the company, helping to guide their individual decisions. Vision, along with purpose, is what some of today’s workers, as well as customers, seek in organizations.

Increasingly, company visions go beyond profits. According to the 2017 article, “The Firm of the Future,” written by three partners at the management-consulting firm Bain & Company, many “younger employees, along with many older ones … want to work for a company that pursues a higher purpose in addition to profits. CEOs have become acutely sensitive to this concern; in conversation after conversation with leaders, we are struck by how quickly the talk moves to how a company can engage and inspire team members with a vision of making a difference in the world.”

To help people understand your vision, tell them a story. While representing a trucking company, we found people who worked there, including drivers, whose stories conveyed the idea of “a trucking company that was changing trucking.”

It also helps to create a visual image, literally or through words. President Kennedy’s vision of the first human beings walking on the moon evoked a strong image in people’s minds.

When communicating a vision, we should be bold and specific, rather than vague or platitudinous. Vision statements call for looking beyond the horizon that everyone else can see.

Communicating a vision also means mapping a path for how that goal will be achieved and measured. To map out plans to achieve their visions, leaders should involve employees at all levels.

As communication theorist Marshall McLuhan famously said, “The medium is the message.” Leaders can use the latest technology, such as virtual reality, to help employees, customers, investors or other stakeholders better comprehend the organization’s vision for the future.

For PR professionals, vision statements provide a sense of direction that can inform all communications, internal and external. When a vision statement for an organization or client seems vague or insufficiently bold, we should make it a strategic priority to draft one that charts an inspiring path for the future. 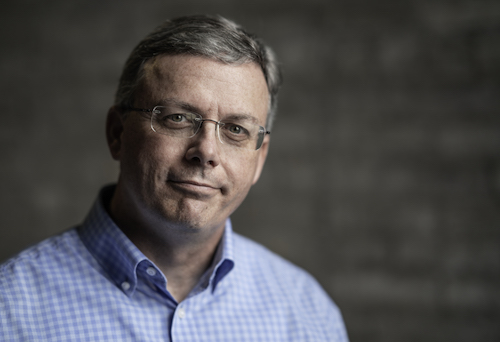