Editor’s note: If you have lost someone to suicide or have had suicidal thoughts yourself, this story might be difficult for you to read.

The COVID-19 pandemic has made it clearer than ever that crisis communications is a skill every PR professional must develop. Knowing how to communicate in the wake of a suicide — and doing so thoughtfully — matters.

Tragically, suicide now claims the lives of nearly 800,000 people across the globe every year, according to the World Health Organization. In the United States, 132 suicides occur every day, according to the American Foundation for Suicide Prevention.

Experts say every suicide leaves behind at least six loved ones, “suicide survivors” who are left reeling from their loss. I never expected to be one of them. But that all changed three years ago after my older brother and only sibling, Peter, died by his own hand.

Until then I had never considered what people should — and should not — say after someone takes his or her own life. But overnight I learned how uncomfortable and incompetent people can become when talking about death in general and suicide in particular. Folks asked my parents and me many inappropriate questions. Each one stung.

What made matters worse was that a local newspaper published a story in print and online that detailed his death, which then went viral in the small suburb where I grew up, and where my parents still live. I’ll never forget the morning I had to call my parents to tell them not to read the paper that had just been delivered to their doorstep because it chronicled their son’s last few minutes on earth. I share this to illuminate how quickly stories about suicide can travel and the negative impact they can have.

On the opposite end of the spectrum, people who showed kindness, reached out to offer condolences or took the time to share stories about my brother really made a positive difference.

Words can wound or bring comfort. As professional communicators, we should strive for the latter. When writing about death by suicide, here are some guidelines to remember:

The words we choose can help destigmatize suicide. For example, we should no longer say, “committed suicide,” an archaic phrase from a time when suicide was considered a crime. We now know that suicide results from depression and mental health crises. Accordingly, we should use the phrases “died by suicide,” “passed by way of suicide” or “took their own life.”

Think of the living.

When communicating about someone’s suicide, it helps to keep their loved ones in mind. Mental health experts have found that grieving death by suicide is unique for several reasons.

First, the death is sudden, leaving no opportunity for loved ones to say goodbye. In addition, suicide is often stigmatized, so people might feel guilt, embarrassment and shame. Death by suicide is tragic and often violent. Loved ones have to train themselves not to replay the death in their minds. They can’t go back and change it, but they want to — so their imaginations might become caught in a loop of repeating the scene, as if its outcome could change.

Typically, learning more about something helps us better understand it. But that’s not the case with suicide. Knowing more details will not help us comprehend something that is incomprehensible. Learning details about the death can also make vulnerable people even more at-risk for taking their own lives in a similar way, a phenomenon sometimes called “copycat suicide.”

Still, when people die young or suddenly and their cause of death is not named, audiences often assume it was by suicide. For this reason, it can be helpful to state the cause so that people know what happened rather than letting their imaginations get the best of them. The tragedy of suicide can be an opportunity for an organization, agency or university to reach out to the person’s loved ones and ask them how they wish the death to be represented and communicated.

Focus on life, not death.

Whether the cause is named or not, rather than focus on the person’s death we should emphasize his or her life. Doing so can benefit their loved ones and others.

In my brother’s obituary, I wrote that he had “fought a long battle against alcoholism and depression, and in the end, took his own life. Rather than focusing on how he left this world, the family asks that he be remembered for the light he brought to it. Peter was a sensitive and gentle soul who was cherished for his kindness and sense of humor. People who knew him say that his laugh, smile and heart will never be forgotten.”

Unfortunately, when someone dies by suicide it tends to overshadow their life. But no one’s legacy should be defined by their last moments. As communicators we can play an important role in both acknowledging the tragedy and refocusing attention away from the death and toward appreciation of the person’s life.

Although intended primarily for journalists, AP Stylebook guidelines for writing about suicide are important for all communicators: “Experts argue that media can play a critical role in showing that suicide is not inevitable. It is very important in our coverage to provide information about the various suicide-prevention and mental health resources that may help prevent more deaths.” Find out more at ReportingOnSuicide.org and the American Foundation for Suicide Prevention.


If you’re in the United States and having suicidal thoughts, please call the National Suicide Prevention Lifeline, at 1-(800)-273-TALK (8255). 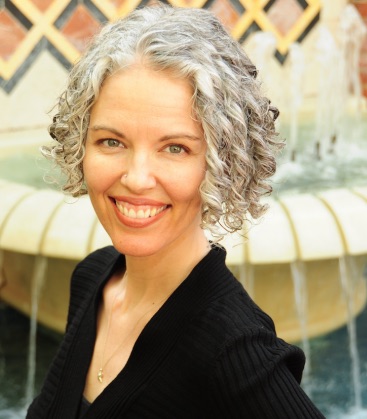 Stephanie Abraham is the marketing and communications specialist at Cal Poly Pomona. You may reach her at slabraham@cpp.edu.