How a Florida City Overcame an Ugly Chapter in Its History

In the summer of 2018, optimism ran high in the City of Groveland, Fla., a fast-growing community about 30 miles west of Orlando and its world-famous theme parks.

A visionary new city manager was bringing positive direction to the city, which had suffered from negative press from lawsuits and high turnover of key staff. City Manager Michael Hein and the council members agreed that a strategic approach to communications was needed, and he invited me to serve as a consultant.

It was a community I knew well. I had lived in Groveland as a teenager. My sister was a former mayor. She and I had started a museum there, and I had written a book about the city’s history.

Now, as the city’s communications consultant, I embraced the research, planning, implementation and evaluation model familiar to PR professionals to help tell Groveland’s story. By fall, a robust plan evolved with focus groups, rebranding, improved media relations and targeted social media initiatives. The city opened a charming park complete with a gazebo where events could be held to build community spirit.

But an issue would soon overtake all of those thoughtful efforts. A racially charged case known as “the Groveland Four” was about to break wide open.

In 1949, four black men — Charles Greenlee, Walter Irvin, Samuel Shepherd and Ernest Thomas — were accused of raping a 17-year-old white girl from a tight-knit farming community named Bay Lake. The alleged rape took place near Okahumpka, according to the girl and her estranged husband. Greenlee, Irvin and Shepherd were arrested and beaten at the county jail until two confessed. Thomas fled and was shot to death in north Florida by a posse. A mob rioted and burned Shepherd’s Bay Lake home to the ground.

Reporters flocked to Lake County and called in their stories from public phones in downtown Groveland, an early telephone center. Groveland became the dateline, and the men became known as “the Groveland Four,” linking events that happened miles away to the small town. In the Jim Crow era, an all-white jury convicted the men.

In 1951, the U.S. Supreme Court ordered a retrial. Shepherd and Irvin were shot by Sheriff Willis McCall as he transported them to Lake County for a court hearing. He claimed the prisoners were trying to escape. Shepherd died. Irvin lived and said McCall shot him and his friend in cold blood. Defended by then-attorney Thurgood Marshall, Irvin received another death sentence but was paroled in 1968. Greenlee, who was 16 when he was arrested, was paroled in 1962.

As years passed, the story faded from the headlines, and Groveland became known for its citrus production. Black business leaders were elected to the city council, and the town elected its first black mayor. The city grew steadily but suffered a major setback when triple freezes in the 1980s wiped out the citrus industry that had fueled the Central Florida economy. By 2018, the city had rebounded and was in the midst of rebranding.

The Groveland Four story gained attention once again with the 2013 publication of the Pulitzer Prize-winning book “Devil in the Grove: Thurgood Marshall, the Groveland Boys and the Dawn of a New America.”

The story, with searing new details, was news to most Floridians, including many residents in Groveland, one of the fastest-growing communities in Florida.

In 2016, the Groveland City Council issued a proclamation urging the state to posthumously pardon Greenlee, Irvin, Shepherd and Thomas. Though the incidents in the infamous case did not happen in the city, Groveland’s mayor apologized to the family members for the injustice their loved ones had endured. A few weeks later, Lake County commissioners did the same.

The next year, state legislators voted unanimously to ask the state’s clemency board to posthumously pardon the four men.

When the 2018 legislative session ended without action by the clemency board, editorial boards took notice. After the November elections, the state’s major dailies wrote scathing editorials calling for the men’s pardons at the clemency board’s January 2019 meeting. National media joined the conversation. Social media caught like wildfire.

Inaccuracies about the details of the 1949 event were rampant. The City of Groveland was being cast as a racist community through its association with the “Groveland Four.” A communications plan was created to deal with these reputation hits.

On Jan. 11, 2019, the Florida Clemency Board agreed unanimously to pardon the four men. Lake County commissioners recently announced plans to build a monument at the former courthouse where the men had been jailed, beaten and sentenced.

What follows are lessons learned from this event, in the hope that other cities, companies or individuals will be helped when their reputations come under attack.

1. Triage the situation as early as possible. Meet with key decision makers right away. Research the situation through media audits, social media listening platforms, historical research, interviews and other information-gathering tools to gain an accurate picture. Shift quickly into planning mode. Make sure to include diverse viewpoints.

2. Identify the stakeholders. Pinpoint and prioritize your internal and external audiences. When race is involved, careful attention should be paid to including leaders in race relations.

3. Determine your objectives. Be clear about your message and what you want to accomplish. Focus on facts over raw emotions. In the City of Groveland’s case, our major goal was to seek accuracy and more precise language about the city’s history without minimizing the atrocities endured by the four men at the hands of the sheriff and justice system.

4. Have a multimedia plan. Traditional and social media are both important in sharing your message. It’s critical not only to pitch stories to the media but to be your own media center. If clients have comprehensive communication tools, they are in a better position to correct inaccuracies and blunt rumors. Building a large following on popular social media platforms and growing a broad-based list of subscribers for email blasts and e-newsletters should be an ongoing effort.

5. Reach out. Talk to professionals who have expertise in areas critical to the outcome your client desires. Since state officials at the highest level would be involved in upcoming news stories, we talked to government-relations pros who are familiar with the people, politics and processes in Tallahassee. The city manager had been building relationships with diverse community leaders as well as national organizations, like the Equal Justice Initiative. This was not a reaction to the recent attention but a sincere effort to build an inclusive community. A black pastor at a multicultural church wrote an open letter supporting city leaders.

6. Understand the timing. It’s essential to speak to your internal stakeholders right away. Media deadlines need to be taken into account. That’s not only true for responding to reporters’ questions and interview requests but also for anticipating events and determining the best time to submit a guest editorial. Most publications have a limit on how many times you can submit an opinion piece. So make sure to be strategic not only in what you say but when you say it.

7. Evaluate and stay connected. Clients need reassurance that action is being taken, and they need to be informed of any changes. Be specific about positive effects you can quantify, such as comments on social media or positive stories that receive coverage.

As for the City of Groveland, the rebranding that had started a year earlier was revealed in February and was met with great enthusiasm. Groveland’s citrus logo was replaced with a new design and tagline. Groveland is now known as the “City with Natural Charm,” a nod to the community’s agriculture, hills and lakes.

Recently, the city made national headlines when the country’s largest grocery retailer broke ground on an e-commerce warehouse with robotic technology in Groveland. The $125 million investment for the Kroger and Ocado High-Tech Customer Fulfillment Center will create more than 400 high-paying jobs. In other news, four new subdivisions were recently announced.

“We are very bullish on Groveland,” one developer said.

Race will continue to be an ongoing conversation in Groveland, as it is in the rest of America. The irony in Groveland’s case is that the city was founded on diversity. In the late 1800s, two brothers wishing to start a turpentine business were turned away from a small town that did not allow black residents. The brothers started a new settlement a few miles east, where white and black residents could live and work together. That new town became known as Groveland. 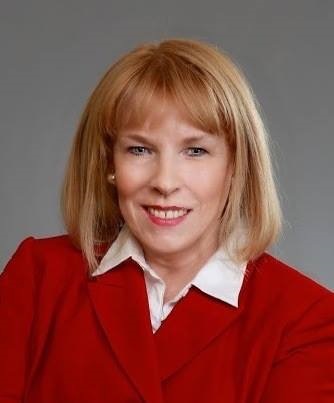