Distillery Pivots From Spirits to Sanitizer During COVID-19

As a kid working alongside his grandfather in the family’s button factory, Jason Barrett learned the values of hard work, dedication and commitment to quality.

Those principles became the foundation of Black Button Distilling, the first grain to glass craft-spirits distillery to open in Rochester, N.Y., since Prohibition. Barrett, a third-generation entrepreneur, founded the company in 2012, when he was just 24 years old.

The distillery has since gone on to win multiple awards from industry leaders, tasting experts and consumers. Now, the same values that Barrett learned from his grandfather have helped the distillery innovate during the COVID-19 pandemic.

Like many business owners, Barrett was not prepared for a global health crisis when he developed his initial business plan. So, on March 15, when New York Gov. Andrew Cuomo called on the state’s businesses to voluntarily close to help stop the spread of coronavirus (on March 20, Cuomo would order all “nonessential” businesses to close), Black Button Distilling began to shut down its manufacturing plant.

But then internal discussions quickly led Barrett to shift his company’s operations from making spirits to hand sanitizer — a move that he hoped would save jobs and lives. Within 48 hours, we were sourcing hand sanitizer ingredients and packaging, building systems for ordering and shipping, and making a test-batch of hand sanitizer.

When the Food and Drug Administration released guidance for the production of ethanol-based hand sanitizers on March 16, Black Button Distilling’s plans to produce, roll out and support its new product with public relations were already underway. Within a week, the company went from bottling 1,000 bottles of spirits to making more than 30,000 bottles of hand sanitizer.

Black Button Distilling was the first distillery in the state to produce hand sanitizer, a “good news” story that stood out amid so much sadness and uncertainty during the coronavirus pandemic.

Media calls rolled in, but the speed and volume of incoming requests in the midst of newly enacted social distancing and mandatory work from home orders presented some challenges. Email proved too slow and inboxes quickly flooded. To speed up our ability to arrange interviews and confirm media appearances, we moved our media relations to phone calls and text messages. Television interviews were conducted via Zoom, or on-camera from six feet away.

The nature of the coronavirus outbreak and the company’s quick introduction of an entirely new product also meant that information was ever-evolving. Members of the marketing team had to constantly communicate with one another in order to provide the media with emerging details about the availability of the hand sanitizer, its manufacturing process, cost and ordering information.

All major Rochester-based television stations, local newspapers and radio stations covered the story, and most of them did so more than once. News outlets in surrounding markets also picked up the story, as did national business and spirits-industry publications.

By mid-April, Black Button Distilling had shipped a quarter-million bottles of its hand sanitizer to at-risk groups in multiple states. Among the organizations that have ordered the company’s product to help fight coronavirus have been school systems, the U.S. Army, the U.S. Postal Service, the temporary hospital at the Javits Center in New York City, more than 600 nursing homes and doctor’s offices, 275 farmers and 20 fire departments.

For the company, its customers and the media, helping protect public health during the coronavirus outbreak has been a story that would have made Barrett’s grandfather proud. 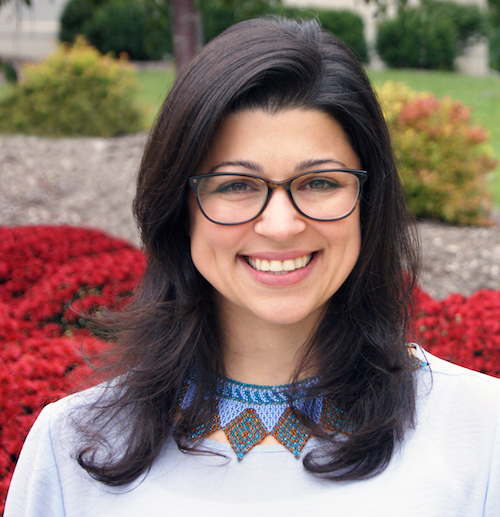 Arien Rozelle is an assistant professor of public relations at St. John Fisher College in Rochester, N.Y., and has served as PR manager for Black Button Distilling since 2014.