Empathy Will Matter More Than Ever in a Post-COVID World

A foundational principle of any organization’s crisis response is that indifference to the situation is toxic. Leaders must show they care. This was true before COVID-19 and it will become even more essential as we recover from the pandemic, which has been the most disruptive crisis most of us have ever faced.

To be clear, the need for leaders to care during times of crisis is neither sentimental nor soft. Rather, caring is a necessary discipline for leaders — a fact made clear when we analyze the factors that build trust and reputation.

For all organizations, a common goal in every crisis is to maintain or restore the trust of stakeholders — which include investors, employees, customers, suppliers and increasingly, communities. And it’s much harder to restore trust after it’s been lost than to maintain that trust in the first place.

Similarly, when customer expectations for a company are met, trust in the brand remains or increases. But when leaders or companies fail to meet those expectations, trust erodes.

Such expectations can be set by the company itself, through explicit or implicit promises and/or through precedents set by the organization’s past behavior. Consumer expectations also derive from laws and social mores, which change over time. Company leaders should always stay abreast of social expectations.

One of the disciplines of effective crisis response is to get the decision criterion — the basis of choice — right. A poorly handled crisis often results from leaders making decisions based on what scares them least. In times of crisis, leaders need to make decisions based on the tested criteria that determine trust.

When deciding how to respond in a crisis, leaders do well by first identifying their most important constituents and then asking themselves: What would reasonable people expect a responsible organization to do in this circumstance?

A responsible company asks what reasonable people would expect it to do, which leads to the company having a fuller array of predictably helpful options.

Consider, for example, the scenario that an explosion has occurred at a factory. Reasonable people won’t expect a responsible company to immediately know what has caused the blast. Reporters will ask for an explanation and people on social media will speculate, but stakeholder trust won’t dissolve simply because the company doesn’t know the cause at the time of the explosion.

Reasonable people will expect the company to acknowledge what has happened, to work with first responders to rescue those inside the factory and to provide for the families of employees who were injured or killed.

We can inventory the specific expectations of different stakeholders — including employees and more particularly, those workers directly affected by the disaster; customers and more precisely, those who have used a certain product from a certain retailer on a certain date.

Regardless of the nature of crisis an organization faces, every interested party shares a common expectation: that the organization and its leaders will care. Customers, employees, investors and others expect leaders to care that the organization’s processes, systems or judgment have failed; that as a consequence people have been placed at risk and need to be protected; and that the company may need to make changes to prevent similar crises from occurring again.

In any crisis, what it means for leaders to care can vary according to the circumstances, but the need to care is universal. At a basic level, caring means that leaders mitigate any ongoing risk to people and help them out of the crisis.

Building for the future

In the past year, half a million Americans have died from COVID-19 and 30 million others have been infected by the virus. The pandemic crashed the economy, forcing hardships on many people. Collectively, our mental health has suffered from the stress of the coronavirus outbreak, including the strain of being confined in our homes. How we work has changed, perhaps forever. At the same time, social and political divisions seem to be growing, not shrinking.

Having suffered these hardships, people are fragile, exhausted and vulnerable, even as they try to feel hopeful for the future.

Leaders should know that people need them to care, now more than ever. Some leaders might feel tempted to assume (or to hope) that everything has already returned to normal, so they can step on the accelerator for their businesses. And in non-crisis environments, that may be the case. But for leaders of organizations still recovering from the pandemic, the need for caring has only increased.

Caring requires empathy; and empathy requires humility. Leaders who have successfully guided their organizations through the pandemic have demonstrated humility within themselves and expressed empathy for others. As we move into recovery, we can follow their example. 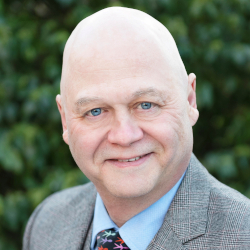 Helio Fred Garcia is president of Logos Consulting Group in New York. A professor of ethics, leadership, communication and crisis at New York University and Columbia University, he has written five books on leadership, crisis, reputation and trust.