If you want to make a bigger impact with your stories, then try what I call the “Malcolm Gladwell Method.”

The celebrated author didn’t invent this style — in fact, PR pros will recognize it as plain old feature journalism — but it’s a great way to grab audiences from the start.

Check out any chapter of one of Gladwell’s popular books, and you’ll see a consistent pattern:

It all adds up to a compelling journey for readers. The beginning draws them in with a relatable detail, the middle provides the “meat” and the conclusion brings things full circle, creating a satisfying experience for the audience.

How not to tell stories

Many organizations take the opposite approach. Their stories start big, giving us the 30,000-foot overview with the traditional “5 Ws” (who, what, when, where and why).

That’s a common standard, especially for “hard news” items and press releases. But for feature stories, it’s pretty dull. It’s like sitting down to watch a movie only to have a narrator walk out and tell us everything that’s about to happen.

Why not start with a hint of intrigue instead?

The Gladwell method in action

In Chapter 2 of “The Tipping Point,” Gladwell explores the concept of social epidemics — how ideas and trends seem to emerge out of nowhere and are suddenly everywhere.

He starts small by putting us in a specific moment: Boston, 1775, a young stable boy overhears a British officer talking about “hell to pay tomorrow.” The boy reports what he heard to a man by the name of Paul Revere, resulting in the famous midnight ride alerting the countryside that “the British are coming.”

Gladwell compares Revere’s success to that of another rider who left colonials snoozing in their beds. The difference lies in the concept of “connectors, mavens and salesmen” (aka, influencers).

From there, Gladwell goes big, with pages of analysis, evidence and examples. Finally, he returns to small, taking us back in time to when “a word-of-mouth epidemic… spread from a little stable boy to all of New England.”

In chapter after chapter, Gladwell lures us in by starting small. In the very first sentence of a section on context, he introduces us to Bernhard Goetz on the morning of that fateful New York subway ride.

And it’s not always characters that kick things off. In a chapter on rumors, he begins with a detailed examination of a skateboarding move called “airwalking.”

In many of the organization stories I see, these detailed episodes usually don’t appear until a few moments or paragraphs in (if at all). Challenge yourself to get small right away. Introduce a character. Get inside their head. Put us “in the room where it happens.”

It comes down to trust

The 30,000-foot approach may be hard to let go of. Maybe you need that opening for SEO or some other purpose.

A client I worked with used that overview paragraph elsewhere online as a teaser to get people to click over to the story. I pointed out that while that approach certainly tells people what to expect when they click, it doesn’t exactly entice them to do so.

If you feel you need a summary paragraph, then try making it a spotlighted bit of text — perhaps in a sidebar — instead of the lead.

The Gladwell method may feel risky or weird. But it all comes down to trust — trust in the power of storytelling, trust in your audience to join you for the journey and, ultimately, trust in yourself as a PR pro.

So take a leap of faith and give it a try. 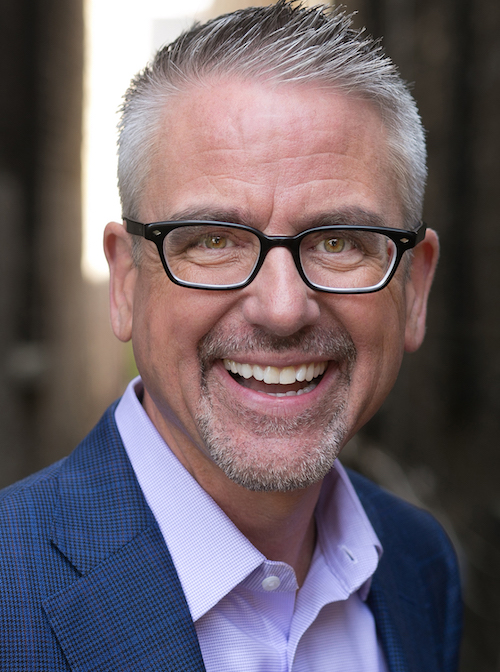 Rob Biesenbach helps leaders break free from death by PowerPoint, tell their story and communicate like humans should. He’s an in-demand speaker and trainer, an award-winning consultant, and a bestselling author who’s worked with great organizations including AARP, Allstate, Caterpillar and Coca-Cola.