She was a junior at Unity High School in Tolono, Ill., and was driving home from a friend’s house when strong winds and rain caused her to pull over on the side of a rural road. Almost all Illinois drivers are used to intense summer storms but, having only had her license for a few months, Curtis figured it was better to wait it out and let the worst of the weather blow over before finishing the short trip.

She had only been stopped for a few moments when a strong gust of wind brought nearby power lines crashing down onto her vehicle. Panicked and thinking her car would soon burst into flames, Curtis made a snap decision to exit. She opened the door, did her best to maneuver around the sprawling power lines and rushed to safety in a nearby field. As first responders and the local utility company arrived on scene, many were stunned to see that the teenager was not only alive, but also unharmed.

In accidents involving power lines, the vehicle and ground can become energized with electricity. Taking even one wrong step outside the vehicle can result in electrocution or severe injury. Unfortunately, it happened in Ohio just last October when a vehicle crashed into a utility pole. One of the occupants, as well as a good Samaritan who stopped to help, were killed by the electric current from the downed wires.

Having learned about her near-brush with death, Curtis was traumatized. She went to counseling and even suffered from episodes of post-traumatic-stress-disorder. Despite the anxiety, she knew that sharing her story with other young drivers might help her heal and potentially save other lives.

With 1.2 million electric customers, more than 800,000 natural gas customers and a service territory larger than the state of Indiana, Ameren Illinois is always promoting safety. You can often find the company running educational campaigns on topics ranging from electric safety on the farm to how to respond to a natural gas leak in the home. And with a workforce that drives a combined 30 million miles each year, Ameren Illinois takes road safety very seriously as well.

Her initial request was for the company to conduct a “live line demo” at her high school. These interactive presentations showcase the immense power of electricity by putting items such as Mylar balloons and hotdogs in touch with live lines. Curtis shared her moving story as part of the Ameren Illinois demonstration.

Her efforts paid off. Just a few weeks later, her friends were driving when a similarly strong weather system brought wires crashing down onto their vehicle. Having paid attention to the message from the live line school presentation, the teens knew to stay inside the vehicle. They were even texting with Curtis while waiting for help to arrive.

It was at this point that the Ameren Illinois communications team and their reputation consultant, Serafin & Associates, realized that the experiences of these teens might present an opportunity to educate the public at large about the dangers of downed power lines on vehicles.

They started by making a call to officials at the Illinois Department of Transportation, which indicated that approximately 3,000 vehicles strike power poles each year in Illinois. From there, Ameren Illinois and Serafin hosted a series of proactive demonstrations for news media across the service territory.

The demos featured a simulated accident scene, an enactment of the proper passenger safety protocols and a demonstration of how responding utility linemen de-energize the accident scene. But despite strong media coverage, the team needed a way to deliver an even more powerful message to teen drivers.

Ameren Illinois and Serafin recalled something that Curtis mentioned when they first began working together: She had never really learned about this scenario in her high school driver’s education class.

This prompted a call to the Illinois High School and College Driver Education Association (IHSCDEA), a statewide membership organization for instructors. Regional leaders of the organization were kind enough to invite Ameren Illinois officials to present at their workshops, where they discovered a comprehensive downed power line and vehicle safety module would be a key addition to drivers education classrooms across the state.

With assistance from the IHSCDEA, Ameren Illinois and Serafin got to work on the yearlong project that would ultimately result in an eight-minute instructional video (thanks in part to a partnership with Puget Sound Energy), plus a quiz, infographic, printable glove box card and several other teaching materials that instructors can download and utilize for free in the classroom.

Her testimonial is featured at the beginning and end of the video, and provides the young drivers education students an impactful story that they can relate to. Some of the drivers education instructors even recognized Curtis, having coached against her on the basketball court.

Ameren Illinois and the IHSCDEA officially launched the module into 500-plus classrooms last August but saw the PSA-type message as an impactful PR opportunity as well. Over the last several months, the module has made its way into newsrooms across the state, especially during National Teen Driver Safety Week this past October.

The communications team has also arranged several stories featuring Curtis, drivers education instructors and students, helping to drive home the importance of the safety message. Additionally, since the module is hosted online, it has been deployed just as effectively in reactive scenarios. After any crashes involving power lines, Ameren Illinois can easily share the link with local media or stakeholders. In one shining example last fall, a local affiliate utilized a clip of the module video in an evening newscast after it had reported on a vehicle and power line crash earlier in the day.

Although early returns on the module have been successful, Ameren Illinois and Curtis plan to continue their unique partnership by sharing this story and continually updating the module with new content. The materials have even found their way into neighboring states such as Indiana and Wisconsin with the help of local teen driver safety initiative “Distressed Bandana” and the Illinois-based Energy Education Council/Safe Electricity.

Curtis regularly lauds Ameren Illinois for making this happen but, according to communications executive Brian Bretsch, the company is most thankful for her.

“This project never would have happened without her courage,” Bretsch said. “It goes to show you that sometimes out of the scariest experiences comes positivity and the opportunity to make a real impact in the community.” 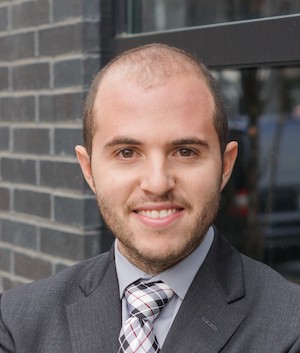 Benjamin Cutler works in communications and public affairs for Chicago-based Serafin & Associates. He helps a diverse array of clients manage their reputations and become more engrained in the communities they serve. He is currently completing his MBA at the University of Illinois at Chicago. 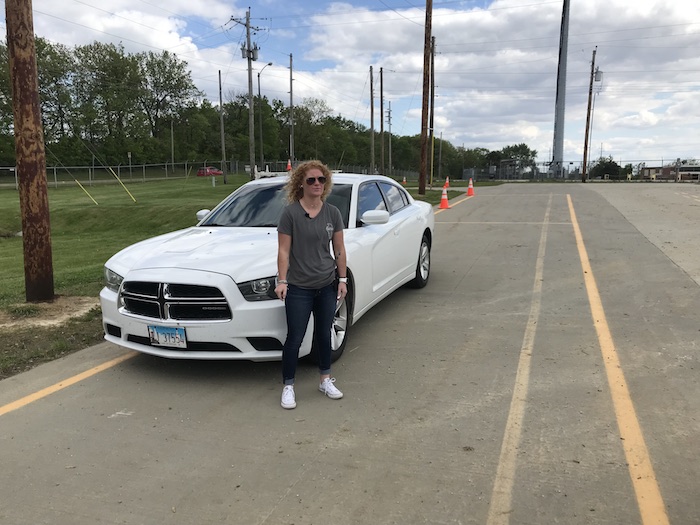