As stay-at-home orders have lagged on, more PR professionals have found themselves staying connected personally and professionally on social media. At times, the two have converged as managers or colleagues have reached out to friend others in what until now were primarily professional or business relationships.

For many, this is a natural extension of both their professional and personal social media activity, but for some, the notion of accepting some friend requests can be summed up in one word — awkward.

So, what do you do? Do you have a personal policy on this, or do you deal with it on a case-by-case base?

RaeAna Eiley, communications coordinator at The Chlorine Institute in Arlington, Va., said she doesn’t mind it at all.

“I personally love connecting with co-workers on social media,” she said. “I feel that it helps us connect with each other on deeper levels and humanize each other. You can always tailor your settings to restrict what they see if there are certain parts of your social media you would rather keep to friends and family.”

Colleen Temple, vice president, marketing manager at Coastal Community Bank in Everett, Wash., said that in a prior position, she followed a policy of keeping her personal and professional social activity separate, but had made a couple of exceptions and regretted it.

“I let one really good work friend into my Facebook friends list,” she said. “From there the floodgate opened with friend requests from other colleagues. This is where it can get awkward. There were some I was OK with, but others I didn’t want as Facebook friends.”

Facebook and Instagram are her personal platforms and she does not friend colleagues or clients,” she said. “I use LinkedIn as my business platform to connect with those audiences.”

Desiree Battaglia, media relations specialist at Northwestern Medicine in Winfield, Ill., doesn’t mind accepting friend requests because she feels she doesn’t post or share anything that she wouldn’t already talk about or show at work.

“Pictures of my cats or tacos at a local restaurant aren’t going to get me into trouble,” she said. “I am someone who sees social media as a powerful way to connect with others.’”

At her last job, being connected with colleagues on social media allowed them to get to know one another on a more personal level more quickly, and that seemed to strengthen their bond.

“When I started working there and received a friend request from a colleague, I left it pending for a day as I considered if I wanted to open that door. I did, a friendship formed, and she ended up being one of my bridesmaids in my wedding,” Battaglia said.

Corey Ruth, a media relations associate at IEEE-USA in Washington, D.C., said he compartmentalizes his social media activity so he connects with colleagues and clients on LinkedIn and Twitter, keeping Facebook for personal use.

However, he added, “Some whom I’ve worked with for years to the point of developing real friendships, I see no problem being Facebook friends to keep in touch on personal matters.  I’ve made very limited exceptions to this over the years.”

Rob Biesenbach, a consultant and speaker from Chicago who also writes for Strategies & Tactics, has similar boundaries for Facebook.

“I like to limit my Facebook connections to friends. Facebook is my personal outlet where I can be goofy and slightly inappropriate — me, basically,” he said. “However, colleagues or clients who become friends may be part of my friends list.”

Biesenbach said that he has actually received business from friends, directly or through referrals, and he credits the platform for its unique ability to help him develop real relationships.

“There’s also no one on my list I don’t know,” he said. “I don’t accept friend requests from strangers.” 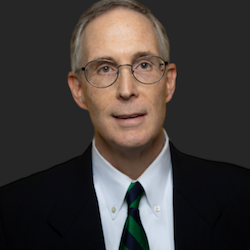