June is Pride Month, and although the coronavirus pandemic is postponing Pride parades across the country, we shouldn’t postpone efforts toward advancing equality for LGBTQ (lesbian, gay, bisexual, transgender and queer) communities through diversity and inclusion strategies and tactics.

In fact, getting it right when it comes to diversity and inclusion — in the workplace, the boardroom, in our PR campaigns and throughout our communities — is a business imperative. As demographics show, the United States is becoming more racially and culturally diverse, and including LGBTQ individuals — whether they are employees, customers, shareholders or constituents — is on the upswing.

The business case for inclusion starts with best-practice basics such as reputation management, crisis planning, ethics awareness and corporate social responsibility. When organizations from corporations to PR agencies get these practices right, their bottom lines will benefit from their resulting ability to attract, hire and retain top talent; and, of course, from their ability to market to customers.

Beck Bailey, director of the Workplace Equality Program for the Human Rights Campaign (HRC), an LGBTQ advocacy group, says that nearly 80 percent of Americans support equality for LGBTQ people. This support is reflected in the Corporate Equality Index, a survey of America’s leading companies and law firms, published annually by the HRC Foundation.

For the 2020 Corporate Equality Index, released in January, the highest number of companies in the survey’s 18-year history earned top scores for advancing policies and practices to protect LGBTQ workers. Organizations that earned a perfect score of 100 represented 12.4 million employees in the United States, 11.9 million globally, and together had an estimated $12.9 trillion in revenue.

According to research into workplace cultures, the cost of “people who feel they have to be closeted at work can be quantified in lost worktime and higher turnover, due to depression, lack of motivation, burnout and increased sick time,” Bailey says. “But, when companies can capitalize on the focus and energy that comes from people bringing their full selves to work, it’s a win-win for everyone.”

Other best practices to build and support inclusive workplaces include organizational-competency training that helps co-workers and supervisors uncover unconscious biases. Competency also means using appropriate terminology in written and spoken communications, including correct pronoun use, and understanding the differences between sexual orientation and gender identity or expression.

Moreover, workplace practices that support self-identification through HR-information programs, the use of pronouns in signature lines and policies such as equitable benefits help recruit and retain talented employees — especially among millennials and “zoomers” (members of Gen Z) who make employment and personal choices based on the extent to which organizations overtly embrace fairness and equality. These future leaders want to work in organizations that believe including all people enriches everyone.

Customers get it right.

Marshall Field is credited with saying long ago that the customer is always right. Increasingly, customers — and agency clients — prefer to spend their dollars at organizations whose values align with their own. “Out in the World,” a study by the Center for Talent Innovation, found that 82 percent of allies to LGBTQ persons say they are more likely to purchase goods from companies that support their LGBTQ employees. In 2018, McKinsey & Company found that 76 percent of Gen Zers — born between 1995 and 2010 — said they would stop buying brands and spread the word about companies whose campaigns they regard as homophobic.

According to recent findings from the Public Religion Research Institute, the majority of Americans oppose allowing small business owners to refuse service to LGBTQ customers based on the owners’ religious beliefs. Seventy-two percent support laws that would protect LGBTQ people against discrimination in such public accommodations, as well as in jobs and housing.

Meanwhile, “social-impact investing” is on the rise, thanks to environmentally conscious and equality-conscious investors. Organizations that champion fairness and inclusion will be the winners.

Campaigns get it right, too.

The business case for LGBTQ inclusion can extend to strategic planning for PR, marketing and communications campaigns that are designed to reach diverse audiences. PR practitioners who wish to present their organizations and clients in the best possible light do well to consider that when developing communications strategies, including a broad mix of viewpoints and life experiences will significantly benefit the campaign’s outcome.

The take-away in making the business case for LGBTQ inclusion is that organizations that support diverse hiring, boards, policies and communications will win over their stakeholders, improve their reputations and boost their bottom lines.

And that’s because aside from LGBTQ inclusion making good business sense, it’s the right thing to do. 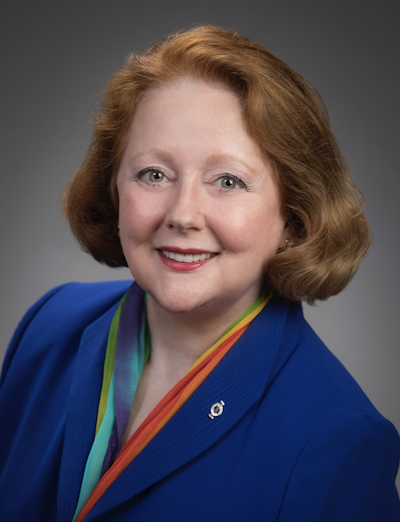 Jaron M. Terry, M.S., APR, Fellow PRSA, is a member of PRSA’s national Diversity and Inclusion committee, and past president of PRSA’s Central Ohio Chapter. An independent practitioner since 1995, she is president, Jaron Terry Communications; and adjunct faculty, Franklin University in Columbus, Ohio, where she teaches crisis communications and creative thinking. Terry serves as volunteer president, PFLAG Columbus, which supports, advocates, and educates on behalf of parents, families and friends of LGBTQ persons.