Resolving Conflicts in the Virtual Workplace

A tired manager on his sixth virtual meeting of the day doesn’t notice that a team member has stopped commenting. A professor thinks her online class is going fine, only to later be dismayed when she sees negative student comments on the course evaluation. During an on-screen interview, a job candidate gives lengthy answers to every question, unaware that her interviewers are growing impatient.

These scenarios all result from the failure to detect and address conflict in the world of remote work — something that has become a widespread problem during the pandemic. In fact, compared with in-person conflicts in the workplace, conflicts among members of virtual teams are more likely to escalate and adversely affect the team’s performance, according to research conducted by Lindred Greer in 2014, when she was an assistant professor of organizational behavior at the Stanford Graduate School of Business.

People “are more likely to take disagreements personally when challenges to their ideas arrive in their inbox from colleagues who are miles or even oceans apart, instead of in the next cubicle,” said Greer, who is now an associate professor at the University of Michigan’s Ross School of Business.

Although more and more employees are returning to a physical office, a virtual component is likely here to stay. To identify and manage conflict in your virtual teams, experts recommend these five tips:

Discerning conflict is a sensory process. We feel tension, hear an exasperated sigh, or see a colleague fold his arms and fall silent. But interacting with colleagues only on computer screens suppresses our ability to feel, hear and see.

Matt Kucharski, APR, president of the Minneapolis-based PR firm Padilla, works across six offices in the United States and has sister agencies in other countries.

In the era of coronavirus and remote work, “We have to compensate for the senses we’ve lost,” he says. However, “Recognizing that our senses aren’t at full capacity can help us redouble our efforts to be attentive and discerning. We have to pay more attention to facial expressions and tone of voice because we don’t have that chemical vibe of in-person interaction.”

To tackle the problem of diminished sensory perception during online meetings, display the full gallery of participants’ faces whenever possible, says PR consultant Ron Culp, Fellow PRSA, who teaches public relations and advertising at DePaul University in Chicago. Doing so allows us to study one another’s reactions more subtly, without seeming to stare, he says.

Visual cues such as nodding or raising eyebrows signal engagement, while leaning back or swiveling in a chair might suggest a lack of interest, says Jane Dvorak, APR, Fellow PRSA. Dvorak is president of JKD & Company in Lakewood, Colo., and was PRSA’s 2017 chair.

Dvorak counsels her media-training clients to never sit in swivel chairs during important interviews and to always face the camera. She also recommends that teams agree to a “behavioral contract” for virtual meetings — which might include commitments to stay on camera, speak civilly and invite others to comment.

Because virtual work environments can impede communication, other feedback channels help us understand what people are thinking. They might include chat forums, white boards and other tech tools, in addition to asking questions.

“If you see someone who isn’t participating or can’t get a word in edgewise, jump in and ask what he or she thinks,” Culp says. “This gives the person a voice and prevents others from dominating the discussion.”

One veteran PR professional privately approaches participants immediately after virtual meetings to solicit their feedback on what could be improved. Says Culp, “If you can view conflict through multiple sets of eyes, you’ll be able to better address the issue.”

Prior to coronavirus shutdowns and widespread remote work, we could use the time before and after in-person meetings to touch base and share updates with one another. These small interactions, multiplied many times over, built trusting relationships. If we eventually experienced conflict with our colleagues, we could draw on those relationships to resolve it.

But in the virtual world, notes Kucharski, “We’re not walking; we’re clicking.” As a result, “we need to find other ways to foster personal connections. That first five-to-ten minutes of a meeting that we spend on small talk [is] an important investment in mutual trust and rapport.”

Communing over snacks or beverages during Zoom meetings also helps people bond, just as it would during an in-person meeting. Dvorak says she sometimes participates in meetings that include pre-announced “synchronous snacking,” for which attendees are invited to bring their own goodies.

Put on your ears, not just your earbuds.

Listening helps prevent and diffuse conflict. Ironically, however, listening can be a challenge for communications professionals.

“PR people are so oriented toward taking immediate action to solve problems that we sometimes start to offer thoughts and opinions before we’ve been asked for them,” Culp says. “Without meaning to, we may be cutting someone off. Instead, we need to let others tell us everything that’s on their minds.”

As most of us have learned, there’s such a thing as too many back-to-back, virtual meetings. As the day wears on, we’re more likely to tune out, turn off the camera or let tiredness and emotion creep into our voices.

It helps to remember the concept of diminishing returns, Culp advises. “That fourth or fifth video exchange is not going to be as high-quality” as the first or second, he says.

Many team leaders are adopting the college-class model, in which virtual meetings are limited to 50 minutes or less. If the meeting must run longer, its leader can call a 10-minute break in the middle.

“Breaks are an acknowledgement that in order to truly tap people’s creativity, we need to let their brains have a rest,” Dvorak says.

But despite our best efforts to avoid it, conflict is bound to arise among virtual work teams. When it does, says Kucharski, the fundamentals of in-person conflict management also apply to virtual interactions: Suspend judgment, take time to understand one another and use all available tools.

“Conflict resolution is less about the virtual environment and more about the fact that we’re all dealing with stressors we didn’t have 15 months ago,” he says. “We have to recognize that we’re trying to resolve conflict in an inherently imperfect environment. We need to exercise our empathy muscles.” 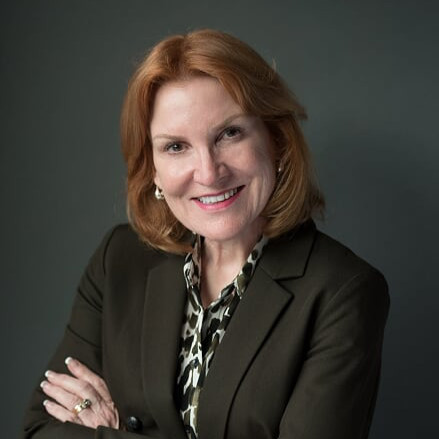