Safeguarding Reputation in the Age of Employee Activism

Within days of the Jan. 6 riot at the U.S. Capitol Building, reports began to surface on social media that some of the people who had participated were being fired by their employers.

Some of the dismissed workers had appeared in TV-news footage and others came to their employers’ attention by posting pictures of themselves at the riot on social media. To them, they were merely exercising their free-speech rights.

For employers, the actions — and in some cases, the hateful rhetoric — of these workers were incompatible with their company values and had put the organizations’ reputations at risk.

Whether companies were within their rights to terminate employees for political activities outside the workplace depends on multiple factors, including the speech and conduct involved, the circumstances in which those activities took place, and state and federal laws.

A few years ago, it would have been up to a company’s lawyers and HR department to answer such questions. Today, with workers becoming more active in calling for political and social change, organizations that mismanage activist employees face legal and reputational threats — the latter from customers and others who might agree or disagree with the activists’ positions.

But many are unprepared for the risks they face. In a 2020 survey of communications professionals conducted by the USC Annenberg Center for Public Relations, just 29 percent of respondents said their companies had policies governing employee activism. More than half admitted they didn’t know whether their organizations supported employee involvement in activist groups.

How can organizations treat workers lawfully, while also respecting diversity of thought, avoiding legal claims and protecting themselves from public cancellation? Here are five guidelines to follow:

The First Amendment prohibits Congress from passing laws that restrict speech, but it does not prevent private companies from restricting the speech of their employees. Generally speaking, private employers have wide latitude to discipline or dismiss employees for speech or conduct, on the job or off, that are racist, sexist or otherwise discriminatory; that are contrary to their values, business interests or policies; or that are unlawful.

This doesn’t give private employers carte blanche to restrict all employee speech, however. Under federal law, private-sector employees have the right to discuss work-related issues such as wages, working conditions and safety concerns.

Workers also can’t be fired for complaining about harassment, discrimination or other illegal conduct in the workplace. Some states offer additional protections for lawful off-duty conduct and political expression.

If your organization’s crisis plan doesn’t address risks related to employee activism and social and political issues, make it a priority to bring your HR, legal and reputation experts together before a crisis strikes. Tabletop crisis “games” help companies explore their options for responding to such emerging threats. The exercises also reveal vulnerabilities so that steps can be taken to proactively mitigate those risks.

Employees need to understand what’s expected of them regarding political discourse at work. Company policies should clarify that while consensual conversations about political issues are permitted, participants must be mindful of where those conversations take place and any unintended audiences they might have.

Policies should also provide employees with guidance on topics such as listening to politically charged content or posting political images in common work areas and individual workspaces; using company email and messaging systems to send political messages; and similar activities that co-workers may find unwelcome or that potentially violate their rights.

Numerous companies that rushed out statements in response to the death of George Floyd while in police custody last May in Minneapolis later found themselves accused by employees of having done so only for fear of being “canceled” if they had remained silent.

As organizations second-guessed themselves to the brink of paralysis over what to say publicly about Floyd’s death, many neglected to communicate with the very stakeholders who might have guided them best — their employees. Leaving workers to wonder where their employer stands on divisive issues is unlikely to end well for their organizations. Companies are well served by welcoming dialogues on issues that affect employees, their families and the communities where they live and work.

Given time, space, resources and management support, employees at every level can and should lead these frank discussions. They will appreciate having a forum to express themselves. And the company will gain a deeper understanding of the issues and therefore be less vulnerable to being blindsided by future crises.

Company policies regarding employee activism should be applied equally, without regard to a worker’s political leanings, personal characteristics or favored causes. Making a dress-code exception to allow employees to wear “Black Lives Matter” masks while prohibiting “Blue Lives Matter” gear, for example, exposes a company to potential discrimination claims.

The same holds for allowing workers time off to attend rallies for some political candidates or issues but not for others, or giving workers who support the CEO’s pet cause a pass for violating company policies while holding others accountable to the rules.

With employees of all levels and backgrounds becoming more politically and socially engaged, the best way for companies to stay out of the public spotlight (and out of court) is to prepare for the risks that such activism entails, to establish and consistently apply well-thought-out policies and to use sound legal and reputation counsel to enforce those guidelines 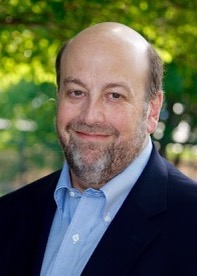 Jon Goldberg is founder and chief reputation architect of Reputation Architects Inc., a reputation risk-management and strategic-communications firm dedicated to building, protecting and restoring reputations in a world of diminished trust. He serves on the Executive Committee of PRSA’s Counselors Academy.