Taking a Stand: Before Speaking Out, Look Inward

It happens so often: With good intentions, an organization takes a principled stand on a polarizing issue, urging others in its sector to follow the same definitive course of action. But then, right after going public with that stance, the organization is accused of being guilty of the same practices that it says should be changed.

These embarrassing missteps have happened to some of the world’s largest organizations, but they can be avoided by looking inward before speaking out.

One such stumble occurred on Mother’s Day 2019, when The New York Times published an Op-Ed by Olympic athlete Alysia Montaño, accompanied by a five-and-a-half-minute video describing the challenges that professional female athletes face when they want to have children, such as having to fight sponsors to be paid while on maternity leave.

The piece was a powerful counterpoint to an ad campaign from Nike, also launched on Mother’s Day, which encouraged women and girls to “dream crazy” and bring about gender equality in sports. The problem was that Nike had been reducing sponsorship payments for female athletes when they became pregnant. After a public outcry, Nike announced a new maternity policy for all of its sponsored athletes, guaranteeing their pay and bonuses for 18 months around pregnancy.

Businesses sometimes try to use current events to sell more products, but the risks can be greater than the rewards. For example, a 2018 Pepsi commercial that featured Kendall Jenner — in which she handed a cold drink to a police officer in an effort to defuse a tense standoff with an angry crowd, bringing their cheers — was roundly criticized for taking advantage of social unrest to sell soda.

It wasn’t the first time that a major brand has tumbled when attempting to speak out on a polarizing social issue. In 2015, Starbucks encouraged its baristas to write #racetogether on coffee cups and talk to customers about racial tensions. The campaign, which Business Insider called “a massive failure,” was widely ridiculed for being tone-deaf and patronizing.

Starbucks and PepsiCo both suffered intense derision and backlash because their brands had no business, no investment and no history with the issues they had chosen to address.

Public reaction to the Pepsi ad might have been different if the company had been a longtime sponsor of community barbecues that bring law enforcement and the public together to ease tensions. For a year in advance of the ad, the brand could have created content around those events — such as articles, videos and newsletters on their digital properties and social media.

Starbucks has engaged on veterans’ issues in the past, so if the brand had created an ad campaign about such themes, even an edgy one, the company would have had a legitimate platform.

Before your business or organization speaks out on a polarizing issue, look inward and ask the following questions, which will help frame your stance, build your credibility and achieve your goals:

• What is your organization’s reason for speaking out?

• Will your existing audiences be receptive to your stance?

• What is your brand’s history, if any, on the issue? What does your organization hope to accomplish by speaking out?

Only after establishing relationships with the communities and consumers your brand hopes to reach — and seeing those relationships influence your organization’s policies and practices — does it make sense to speak out. If you’re unsure whether your brand should take a position, look to your mission statement for guidance.

These brand-building activities take time, but trying to recover from a misstep takes even longer. Such moments are forever etched on Google.

It helps to have a pre-crisis mindset and anticipate issues before they arise. For example, before moving forward with a plan to promote family-friendly workplace policies, my employer, First 5 LA — a public agency created by California voters to advocate for the well-being of children — had to first look at its own workplace policies and practices.

In partnership with the Los Angeles Area Chamber of Commerce, First 5 LA was preparing to publish a report called “Promoting Family-Friendly Workplace Policies and Practices.” Many of the report’s findings were unsurprising, such as how a lack of family-friendly policies disproportionately affects women.

Intended for business leaders, the report shows that providing flexible work schedules, telecommuting options, lactation spaces, family leave and child care assistance all contribute to a workplace culture that supports working parents — and the businesses that employ them.

First 5 LA’s purpose in releasing the report was consistent with its goal of helping children and their families, and the report’s recommendations were grounded in the concerns of its intended audience. The report’s release was part of a larger brand strategy to engage business leaders in the agency’s policy and advocacy efforts.

As a government agency, First 5 LA can’t make policy changes as quickly as a small business or nonprofit might. But after looking inward, the agency is investing time and effort into making sure it practices what it preaches.

By looking inward before speaking out, we became more effective in our advocacy efforts. And that’s the ultimate goal of taking a stand — to motivate action. 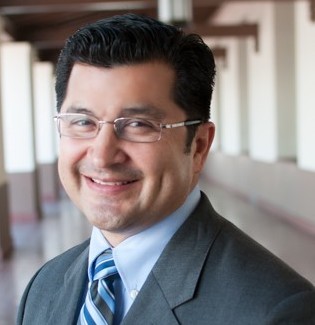 Gabriel Sanchez is a 20-year veteran of California politics and public affairs who now serves as director of communications for First 5 LA, an independent public agency in Los Angeles that advocates for programs and policies benefiting children.