Crisis communications can be lonely for PR practitioners. You might be the sole communicator in a sea of operational and legal experts. While a strong management team is vital during a crisis, it’s a lovely dream to also have an army of communications colleagues to help you through it.

But if you’re a communicator for a school district in Texas, having that support from communications colleagues is a reality. For years, the Texas School Public Relations Association (TSPRA) has had a tradition of its PR reps helping other school districts during crises.

In recent years, its members rallied after two mass shootings in Texas: at the First Baptist Church in Sutherland Springs in 2017, and at Santa Fe High School in 2018.

After the shooting at Santa Fe High School, members of the TSPRA assisted with whatever was needed, including helping to monitor social media, a task that had overwhelmed district staff.

The Sutherland Springs church shooting did not occur on a school campus, but families within the school district were affected by it nonetheless. This rural community leaned on its school district to house and stage news media from all over the world, and to host a national prayer vigil at its high school football stadium.

“At first, I thought: ‘I got this,’” said Kim Cathey, communications specialist for Floresville Independent School District, about 11 miles from the Sutherland Springs church. “But I really didn’t. My [association] colleagues came in and helped me get organized, helped me understand the priorities.”

Her colleagues also helped her develop messages, write speeches and a prayer for the community vigil, conduct national media relations, and prepare her school superintendent to speak to a national audience.

“They were a huge support system when I had so much to deal with that I didn’t know what to do next,” she said.

Monica Faulkenbery, APR, was among those lending help after the Sutherland Springs tragedy. As assistant director of communications for Northside Independent School District in San Antonio, the fourth-largest school district in Texas, she knows crisis response all too well. The district has more than 106,000 students on 120 campuses, making crises an everyday possibility.

When Cathey reached out for help, Faulkenbery drove 50 miles to assist her along with numerous other school communicators.

Creating a committee of quick responders

While members of the Texas School Public Relations Association (they call themselves “TSPRANS,” pronounced “tee-spruhns”) have always helped each other out, as incoming president of the statewide organization Faulkenbery had the idea to formalize their community crisis responses for future events.

As part of her presidential platform, she convened a committee of “frequent responders” to determine how they could respond quickly using the structure of their formal regions and create new, more relevant online tools for their members.

The group became an ad-hoc planning committee that reflected the different sizes and types of districts in the state and brought a variety of resources to the effort. Set to be debuted later this year, the committee’s completed plan is expected to bring a new level of cooperation to the association’s members.

Uniting with a common bond

Members were already “organically supporting each other, but we wanted some kind of structure,” said Patti Pawllik-Perales of Alamo Heights Independent School District, the committee chair. After assisting Cathey following the Sutherland Springs incident, “I knew I never want to do this alone,” she said. “I would have to call on my friends.”

Each member of the committee was highly committed to getting the plan on paper. As an organization, they have adopted a readiness approach that few organizations have.

“The reality of the world today is that it’s not if, but when [we’ll] need to respond to a crisis,” said Ian Halperin, who’s with the Wylie Independent School District and a member of the planning committee. “By pooling the resources of a statewide organization, we’ve got people who’ve dealt with a wide variety of crises.”

The association also helps school districts that do not have representatives in the organization.

“We know there are smaller districts out there that don’t have a school communications person,” said Kristin Zastoupil, who’s with the Forney Independent School District, and another “frequent responder” on the committee. “Even if you’re not a member, we know that we may be called upon to come help you.”

When they respond to an emergency, TSPRA members bring a sense of order and objectivity to the situation.

“When you’re in a community and there’s a dreadful tragedy, the person who’s normally in charge is emotionally impacted and can have difficulty making decisions,” said Melissa Tortorici, a member of the planning committee who’s with the Texas City Independent School District and assisted after the Santa Fe incident. In a crisis, the person ordinarily in charge might need others to say, “This is what needs to be done.”

TSPRA is closely bound and cooperative, its members said.

“We share with each other and don’t ask for attribution or credit,” Faulkenbery said. “We are excited to share what we’ve learned, what we’ve produced, and regularly tell others ‘Here, make it your own.’”

Rather than compete with one another, the group’s members are connected “through our common bond of telling the incredible stories of what our collective districts are doing on a daily basis,” Faulkenbery said. “It’s the best job in the world.”

When I interviewed members of the Texas School Public Relations Association in late February at their Austin convention, the sound of smartphones buzzing was a constant interruption as school superintendents reached out to their communicators to develop the first messages to parents and communities about COVID-19.

In a matter of weeks, when schools closed and Texans were staying at home, the communicators were sharing ideas on video calls about distributing food to their communities, best practices for online communication and how to manage virtual graduation ceremonies. 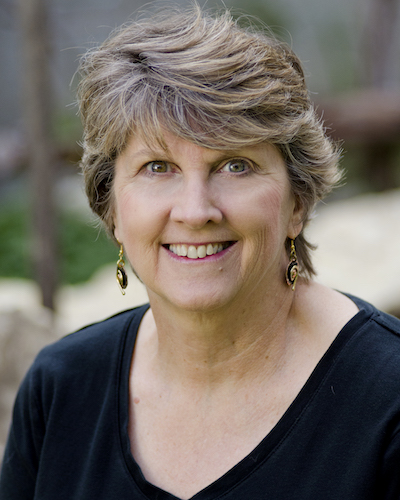 Fran Stephenson, APR, is principal of Step In Communication in San Antonio. She manages a virtual team focused on all things social media and counsels clients on crisis preparation.