The Art of Managing Workplace Conflict

Even when you love your co-workers, workplace conflict is inevitable. It’s not necessarily because other people are difficult or that you are difficult. Conflict often arises because we all have different ways of processing information based on our own beliefs about how the world works. When someone doesn’t behave as we would, it confuses us and can lead us to make negative assumptions about the other person’s intentions.

As PR professionals, many of us are skilled communicators. I find, however, that the best approach to resolving conflict starts with listening. If you rearrange the letters in the word “listen,” you can spell “silent” instead. I use this thought to remind myself when I’m listening to silence my mind so that I’m actively listening instead of just thinking of what I’ll say as soon as they stop talking.

If you respond to someone by saying something that has nothing to do with what she has just said, she will assume that you were not listening. But if you listen without thinking of the next point you plan to make, you will still have something to say when the other person finishes talking, nevertheless.

Another way to listen well is to validate the speaker. Recognize and accept the other person’s thoughts and feelings, even when you disagree with what he or she has said.

For example, if your coworker resents that you will attend a conference she was not approved to attend herself, it would be invalidating to tell her, “You shouldn’t feel that way. You’ll be able to go another time when I have to stay here and work. And, besides, these conferences are pretty boring, anyway.” By comparison, a validating response might be: “I can imagine how you must feel. If the tables were turned, I might feel the same way.”

As an executive coach, I often hear clients say they’re afraid to confront others when conflicts arise. They worry about the response they’ll get. Will the other person cry, yell, storm out, shut down? I usually find that what my clients really fear is their own inability to handle whatever response they may receive when confronting others.

To have an assertive conversation that leaves little room for argument, I recommend following this three-step framework:

• First, describe the other person’s actions. You might begin with, “I have noticed that.…” And then simply state the facts of the situation. If you both know and agree upon those facts, then there will be no argument as long as you don’t make accusations or use a negative tone of voice.

• Then, express your expectations. Tell the other person what you would like him or her to do differently. For example, you might say, “I would prefer that you please.…” This is a respectful way to engage in a conversation that helps resolve a conflict.

This conversational framework has improved many relationships, and I advocate its use. But if you have a passive personality, the approach might seem scary. Before trying it with your co-workers, it’s best to first practice the framework with loved ones who will forgive you if the conversation doesn’t go well.

If you are typically more aggressive in your approach, then you will need to control your emotions and your tone of voice as you engage in the conversation, so that you can stay factual and practical without becoming demanding.

People often think that all conflict is bad. But it is only negative when it’s poorly managed and therefore continues or escalates as a result. The positive side of conflict is that it gives us an opportunity to be authentic and honest with one another. Well-handled conflict typically leads to increased trust between the people involved, because it helps them learn how to recognize and benefit from their differences.

Conflict becomes destructive when one person involved wants to win the argument, displays anger, demeans others or tries to retaliate. A conflict is poorly managed when the people involved avoid one another or hide their emotions.

I recommend journaling to all of my executive-coaching clients. By jotting down reflections about our daily experiences, we can recognize patterns that emerge over time and begin to understand why they occur. Writing in a journal also reveals how our thoughts guide our emotions and ultimately determine our behavior.

We can also practice emotional intelligence by writing about a conflict from the other person’s perspective. For example, I might ask myself, “If I assume that this person had good intentions, then what reasons might he have had for behaving the way he did?” Just because he behaved in a way that I would not, doesn’t necessarily mean he was wrong.

After each conflict, think about what you could have done differently. You can’t do it over, but you can do better next time.

On March 17, M.J. Clark, M.A., APR, Fellow PRSA, presents “The Art of Managing Workplace Conflict.” This on-demand webinar is free for PRSA members, and will be available on demand. 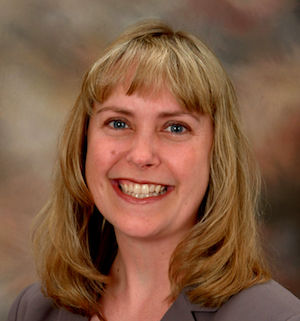 M.J. Clark, M.A., APR, Fellow PRSA, is a senior leadership consultant at Columbus, Ohio-based Integrated Leadership Systems and author of the book “Shut Up and Lead: A Communicator’s Guide to Quiet Leadership.” Find her at mj@integratedleader.com.