What PR Students Can Teach Us About Diversity

For years, the PR profession has struggled with diversity and inclusion.

This year’s Bateman Competition, in which colleges and universities pitch their best campaign ideas, focused on the PRSA Foundation’s “Diverse Voices Initiative.” Some 66 entries were submitted in the competition, with 18 receiving an honorable mention and three schools winning a first-, second- or third-place honor.

Because of the importance of diversity and inclusion in the profession, we reviewed, coded and analyzed the 66 entries, and also conducted a separate review to look for any common themes. Combining these two parallel efforts revealed that PR pros have a lot to say about diversity and how best to pursue it in the profession:

• Defining diversity is key. An overwhelming majority (80 percent) of those submissions that had a clear definition of diversity were in the winning category (being designated as honorable mention or finalists). The clearer the definition, the better the students were able to pursue their tactics and measure progress against their goals.

• Partnering with experts can help. If diversity is being invited to the party and inclusion is being asked to dance, then knowing how to navigate the dance floor is crucial. Student entries that clearly defined diversity and partnered with organizations with diversity expertise scored higher in the competition. While only 48 percent of the winning entries had any such partnerships, nearly 90 percent of the teams that had clear definitions of diversity and diversity-expertise partners scored high marks.

• Mentoring matters. Mentorship is essential for the professional growth of PR practitioners, particularly for diverse professionals. It was a dominant theme in the “Diverse Voices” book, with 58 percent of the stories being about mentorship. Only 20 percent of all entries featured some aspect of mentorship, but the majority (54 percent) of those that defined diversity as “ethnic diversity” had a campaign tactic focusing on mentorship.

It’s significant that these two research efforts began from separate vantage points but then reached some of the same conclusions.

• Mentorships are key. Mentorship was a common theme that emerged from both the content analysis as well as the higher-level review. In scanning the 66 entries, the importance of mentorship kept coming up. Another insight to emerge was that people want to see others in the PR profession, including in leadership positions, who “look like them.”

• It might be uncomfortable. Starting and sustaining the conversation about diversity and inclusion can be uncomfortable. A review of the entries found there aren’t enough tools and safe spaces to have these conversations. The finding is consistent with the content analysis, which found that, while Bateman did provide many diversity and inclusion resources to students, it wasn’t clear how much those resources were used in their campaigns. We know that being aware of resources doesn’t necessarily guarantee they will be used. It might be worth researching how (or if) the resources that have been recommended to students are being used in the academy and throughout the industry.

• Knowledge is the first step. Most of the student research found that many diverse students were not closely familiar with public relations as a profession. “Almost half of respondents (49 percent) in one survey said they had not considered a career in PR because they did not know enough about the industry.”

• Passion is integral. One student survey found that almost all respondents (87 percent) felt they would be more inclined or slightly more inclined to pursue careers in public relations after reading a message telling them they could apply their passions to careers in the profession.

But, while analyzing what existed in the Bateman entries, it was equally revealing to uncover what was missing.

• A lower number of entries: Fewer schools participated in the Bateman Competition compared to last year. PRSSA received 18 fewer entries in 2019 than in 2018. Of course, there are many reasons why a school might not participate (lack of student interest or faculty availability, for example). However, it might be worth connecting with faculty advisers who participated in the 2018 competition but chose not to do so in 2019. Whether they felt equipped to lead students in a competition about a topic as complex as diversity may have been a significant factor in their decisions.

• Missing voices: Besides the lower overall number of schools participating, no HBCUs (historically black colleges and universities) participated in the 2019 competition. There was small participation by schools that identify as HSI (Hispanic Serving Institutions). The factors cited previously (student and faculty interest or availability) may or may not have affected the decisions of these schools not to participate. But it would be worth exploring why the schools declined to participate and whether the topic of diversity was a reason. Measuring past levels of participation by HBCUs and HSIs might uncover deeper insights.

• Diverse classrooms: Just as the Bateman Competition revealed who chose not to participate, it also showed whose voices have historically been absent. Many of the entries pointed to the significance of students of color “seeing themselves” as a motivation for pursuing public relations. Knowing that there is a lack of diverse professors (particularly African American and Latino) across all disciplines, these numbers are especially acute among those teaching public relations. Looking at how colleges and universities recruit and retain African American and Latino faculty is crucial.

• A bigger picture: Finally, “Diverse Voices” represented a historical first in that no single collection of such diverse perspectives existed in the PR profession before this competition. It also revealed that many stories remain to be told. We hope that sharing more voices will present an even broader picture of our profession.

Despite the negatives, there are some promising signs. Just as Bateman focused on diversity in 2019, PRSSA has since established the position of a Diversity & Inclusion Officer in chapters across the country. Given this new structure, tracking how chapters pursue diversity and inclusion could be significant.

Among the lessons we learned from the 2019 Bateman Competition was that we still have a lot to accomplish to master the challenge of achieving diversity in the PR profession. 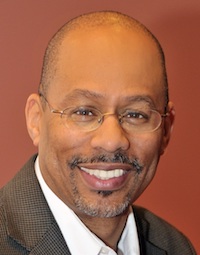 David W. Brown is the director of diversity outreach for the PRSA Educators Academy He is also the diversity adviser at the Klein College of Media and Communication at Temple University. 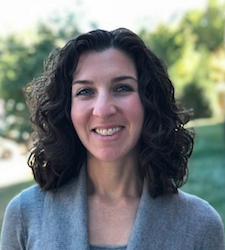 Gina P. Laughlin is a member of PRSA's National Diversity & Inclusion Committee, as well as a Champion for PRSSA. She serves as director of employee relations and communications for Delta Air Lines.