Through in-person and virtual networking events, newsletters and other resources, the Section helps practitioners develop public relations and management skills directly relevant to their entertainment and sports environments.

*This is a sneak peek at Member Resources. Join this Section for full access.

PRSA Entertainment & Sports
How They Got Here?

The PRSA Entertainment and Sports section will host the next session of its “How They Got Here” series on Wednesday, August 3 at 3 p.m. (ET)/noon (PT).

The “How They Got Here” series highlights the successful careers of communications professionals in entertainment and sports as they share their professional stories.

Our next “How They Got Here” will feature Gail Dent, Associate Director of Public and Media Relations with the NCAA and Lisa Hughes Kennedy, Senior Vice President & Executive Director of Toyota and Lexus Racing PR/Social Media for Golin. 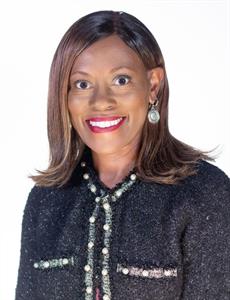 Gail Dent is an associate director in the communications division at the NCAA, where she works with national and local media and spearheads public relations efforts in the external engagement department. She leads communications efforts for the NCAA’s Office of Inclusion, Education and Community Engagement; Championships Corporate Relations; she works with select championships, with onsite support and by answering press inquiries; and she co-manages the communications division’s postgraduate internship program.

Dent serves as an adjunct professor at the University of Indianapolis, teaching strategic communications in the sports management department, and she is a member of the university’s sports management leadership advisory board which provides guidance and counsel at the graduate level. Dent earned her bachelor’s degree at Eastern Kentucky University and a master’s degree at the University of Kentucky. She also completed a certificate program for Diversity and Inclusion from Cornell University. 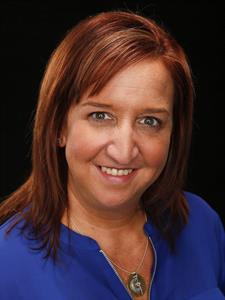 On a daily basis, you will find Lisa working alongside Toyota's executive team, communicating with some of the more than 70 drivers as she works to set up interviews, pitch stories and expand Toyota's footprint across the media landscape. After several years of work in the PR, media and social media landscape for Toyota and Lexus Racing, Lisa and her team have recently taken on production elements for brands. With short films and social media pieces being picked up and turned into national commercial spots, the team has worked to develop new and creative ways to showcase Toyota and Lexus’ motorsports efforts to a larger audience.

Pieces such as ‘The Dream’ featuring Bubba Wallace’s return to Toyota and ‘Countless’ that features Kyle Busch, Denny Hamlin and Martin Truex Jr. reminiscing on the highlights of their careers and most recently the launch of the new Toyota ‘Sponsafier’ campaign that sees Kurt Busch abducted by Aliens! Lisa and her team also work on the domestic arm of Toyota's Olympic and Paralympic efforts as Toyota serves as the mobility partner of the International Olympic and Paralympic Committees. The team handles not only PR and media efforts for the Team Toyota athletes, but also all content and community management for the Team Toyota social media platforms.

A graduate of the University of North Carolina at Charlotte, Lisa previously served as President of LM Motorsports Marketing, Director of PR for Dodge Motorsports and Associate Producer for World Sports Enterprises. Born and raised in Fountain Valley, California, Lisa knew from an early age she wanted to work in the motorsports world. Brought up around classic cars and drag racing with her family, she initiated communication with NASCAR journalists in North Carolina at age 12, securing a column in 'Racing For Kids Magazine.' At the age of 16, she convinced her parents to uproot their California lifestyle and relocate to North Carolina to chase her dream.

Network With Members From