The Future of PR: Leading and Transforming the Industry

Wow, 2020 has presented us with challenges and opportunities while we navigate through this global pandemic.   But, it also brought together independent practitioners, like yourself, and communications organizations for a divine purpose.  Its effect on the job market along with the reality of starting or continuing to own an independent practice has heightened our necessity to transform the industry. Whether you are starting a new career in PR as an independent or a seasoned professional, the 2020 IPA VirtuCon will help you lead the way into tomorrow within your respective industries.

Register now for our IPA VirtuCon, an expanded version of our monthly professional development programs, broadcasting live on Airmeet on Wednesday, October 21, 2020, from 1pm-4pm. This is our fourth annual “virtual conference” for independent practitioners. You don’t have to leave your office (or your home.) 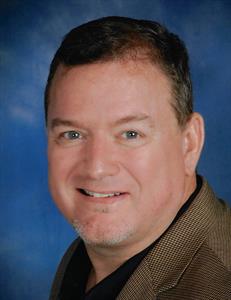 J.W. Arnold, APR, Fellow PRSA, is one of the leading experts on independent public relations consulting. He is a two-time chair of PRSA’s Independent Practitioners Alliance (IPA) and launched the section’s annual National State of Indie Business survey, a valued source of business intelligence for independent consultants. Arnold has spoken at six PRSA international conventions and more than a dozen PRSA district and section conferences.

He has mentored many new PR consultants and created Consultant’s Compass, an online consulting community, and the Consultant’s Business Bootcamp. In 2019, he celebrated the 20th anniversary of his company, PRDC Public Relations, Marketing and Events, with offices in Washington, D.C. and South Florida.

Arnold is a Marine Corps veteran and a graduate of Central Methodist University in Missouri and the University of Auckland in New Zealand, where he was a Rotary scholar.

1:35–2:05 p.m.
The Power of Diverse Voices:
Using the Past to Teach the Future of Public Relations 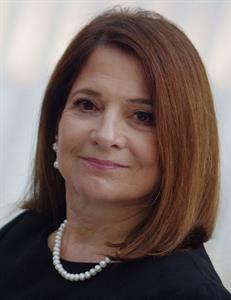 Shelley Spector is founder/director of the Museum of Public Relations, the world's only museum serving the public relations field. The Museum, which was founded in 1995, is a 501(c)3 educational institution, chartered by the New York State Department of Education.  Spector is also the founder/director of Spector & Associates, an award-winning public relations firm in New York City. Founded in 1991, it specializes in B to B and employee communications.

An adjunct professor at NYU and Baruch College/CUNY, Spector speaks frequently to PR classes around the world on the history of public relations and how public relations has impacted history. She created and taught a course, "From Plato to Twitter: A history of media, influence and public opinion." She has contributed chapters to PR history books, co-authored the book & "Public Relations for the Public Good" and co-edited the book, "Diverse Voices," published with the PRSA Foundation.

Spector earned a B.A. degree in Journalism from the University of Rhode Island and an M.S. in TV/Radio/Film from the Newhouse School at Syracuse University. 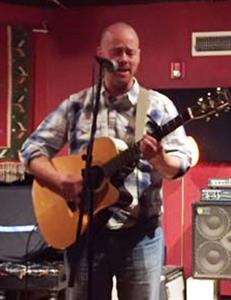 Kevin started performing as a singer/songwriter in coffeehouses at about 14 years old. He considers guitar and voice his primary instruments, but also plays drums, bass, banjo, and mandolin. He began playing at Folk Coffeehouses at age 14, and played throughout Boston and the North Shore during his teen years. In his twenties, he additionally started busking on the streets and subways, as well as playing in many rock bands.

From 1998-2008, Kevin lived in Alaska, where he performed solo – as well as with bands – in bars, clubs, coffeehouses and festivals. In 2008 he returned to the Boston area and got back into playing acoustically throughout New England and New York. Kevin joined Tunefoolery in September of 2016, and did his first show with Tunefoolery in mid-October at the Lilypad.

He enjoys telling stories in his music, taking any relevant emotion and writing a fictional story based on that emotion, along with creating music that expresses such emotion. He is also inspired by old Irish story songs, and writers like Harry Chapin. Musically, Kevin is influenced by all sorts of genres and artists, but especially roots music, blues, and artists who create in-between genres. His overall musical ambition is to keep creating, evolving, performing and sharing

Jen is also the creator of the Agency Accelerator, where she teaches entrepreneurs how to launch, grow & scale a profitable PR; marketing Agency. She also recently launched the Pitch Lab, a monthly membership experience for PR Pros to learn the step-by-step framework for executing a PR strategy that converts into massive media placements for their clients. Prior to founding Jeneration PR in 2005, Jennifer was a lawyer and practiced civil litigation at a prestigious law firm.

Then, she “saw the light” and left to start her own business and pursue more creative endeavors (and she’s never looked back!). Jennifer has been featured in the New York Times, Forbes, Inc.com, Business Insider, Yahoo! Finance, Entrepreneur Magazine, Huffington Post, Mind Your Business Podcast with James Wedmore, Online Marketing Made Easy with Amy Porterfield, EOFire, and was profiled on Apple.com as an “entrepreneur on the go” using Apple products to power her business. Jennifer was also selected by Babble.com as one of the 10 “Mompreneurs Who Made it Big!” 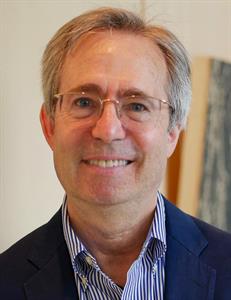 Martin Waxman, MCM, APR, is a digital communications strategist, leads social media workshops, and conducts AI research. He’s a LinkedIn Learning instructor, president of a consultancy, and a member of the #AIinPR panel. He’s also a past president of CPRS Toronto and a past-chair of PRSA Counselors Academy.

Martin teaches social media and digital marketing at the Schulich School of Business, McMaster University, UToronto SCS, and Seneca College and regularly speaks at conferences and events across North America. He has a Master of Communications Management from McMaster-Syracuse Universities. Connect with Martin on LinkedIn or Twitter, @martinwaxman. 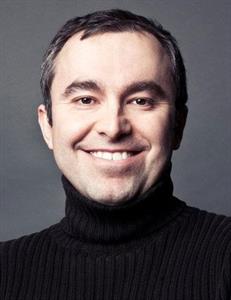