Last year will unlikely be forgotten anytime soon. A deadly global pandemic, nationwide reckonings on race and social justice and a contentious presidential election were just a few of the unexpected disruptions to our lives and livelihoods.

Three members of PRSA’s College of Fellows found themselves in the middle of the year’s biggest news stories and have shared the strategies and lessons learned from their experiences communicating through these crises.

Ana Toro, APR, Fellow PRSA, had barely been on the job in the Centers for Disease Control and Prevention (CDC) Office of Public Affairs in Atlanta for a year when COVID-19 was recognized as a global public health threat.

“The scope was huge and as the situation evolved, I realized the challenges would grow and that I was in the midst of history in the making,” Toro said. “I could not believe what I was seeing, hearing and learning internally, but like everyone else on the team, I was ready to jump into whatever task I was asked to perform.”

As the agency activated its Emergency Operations Center, Toro and her colleagues focused their efforts strategically and aligned quickly to work collaboratively with scientists and their public health counterparts.

There was a great amount of information to be communicated to the American public, but as the crisis was just starting, they also had to deploy staff to airports that were screening international travelers and military bases to support Americans arriving from international cruises, all while maintaining the “home base,” dealing in strategic discussions, joining multiple calls with other federal partners, and managing the media, with hundreds of inquiries to be answered on a daily basis.

“I worked with our principals and experts to prepare them for national and regional interviews of all types, live and taped, on radio, print and broadcast news, day, night and weekends. Internally, we discussed trending stories, what media was talking about, the government’s priorities, and naturally, people’s concerns, which we got from calls received at our call center,” Toro explained.

She relied on a wide range of CDC departments to obtain, interpret, analyze and act upon the daily discoveries about the virus. As a team, they had to continually be aware of the external environment in terms of trending topics and issues, while focusing on the themes and information they needed to put out to educate the American public.

Toro’s biggest takeaway from what could be an overwhelming and exhaustive mission: “[T]o be successful managing a crisis in the agency that is also solving the crisis is a balancing act. I had to be nimble, but also be patient. Work fast, but work smart. Immerse yourself in work, but then disconnect and enjoy life as best as you can. Learning how the agency worked a global crisis and being in the middle of it all has been priceless.”

Ellyn Pollack, APR, Fellow PRSA, former chief of the Promotion Branch and manager responsible for the multimillion-dollar partnerships contract for the U.S. Census Bureau, was readying crucial on-the-ground data collection efforts in mid-March when the COVID-19 pandemic was declared and most states reflexively locked-down, shuttering schools, businesses and government offices.

“We had developed and produced millions of customized materials and promotional items in multiple languages, which we planned to distribute at in-person events across the country,” Pollack recalled. “As COVID-19 now occupied a substantial ‘share of mind’ among the public, the team had to work much harder for census messaging to break through in a news cycle dominated by the pandemic and the presidential campaign.”

She and her colleagues strategically executed a rapid response effort to adjust messaging to highlight the importance of census data for emergency preparedness and public health funding. A complete readjustment of media modes and buys resulted in the expansion of digital advertising. In addition, PR efforts were revamped and taken fully virtual.

Reflecting on the challenges, Pollack, a past chair of the PRSA Health Academy, offered this advice: “When presented with unexpected challenges like this pandemic, [communicators] need to think outside the box. We had to find innovative ways to communicate the importance of the census and encourage everyone to self-respond via online, by phone or by mail.”

Lifelong resident Paul Omodt, APR, Fellow PRSA, was shocked by the news coverage of civil unrest that erupted in a nearby neighborhood after the killing of George Floyd by a Minneapolis police officer on May 25.

“When I saw that happening on that Monday night, I knew that neighborhood, that corner. This is a resilient city — we’ll come together, I thought — and then chaos came on Tuesday night,” said Omodt, a veteran crisis communications specialist and founder of Omodt & Associates Critical Communications.

Omodt was surprised that the city or the state didn’t issue a response after more evenings of protests. Three days later, he reached out to a colleague in the Governor’s office.

“I offered to put together an ‘all-star’ team of communication experts and we inserted ourselves into the state’s communication operations center. We wrote a communications response plan within three hours on Google Docs and had it on the governor’s desk,” he said of their rapid response.

Like other crises of 2020, COVID-19 hindered their efforts, with only two members of the team allowed in the emergency operations center at any time. Fortunately, because of live reporting from the scenes of unrest and videos and social media posts from both protestors and bystanders, Omodt was still able to respond in real time.

“Crowds are a living, breathing thing that can be influenced. We watched protesters watching themselves on social media…there is a subtle art to encouraging peaceful protests,” he said. “Our goal was to stop the bad behavior.”

Omodt’s advice to other communicators: “In the midst of chaos, you can insert order and do it through communications. If you want to drive unity in society, give them guardrails. The best work we do, the public never sees.” 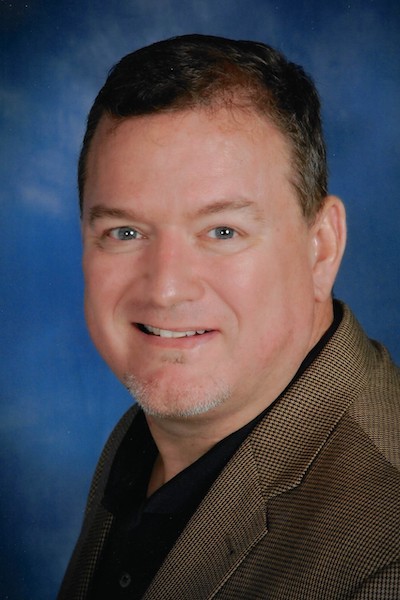 J.W. Arnold, APR, Fellow PRSA, is principal of PRDC Public Relations with offices in Washington, D.C., and South Florida. He is a past chair of the Independent Practitioners Alliance and creator of the annual National State of Indie Business Survey.