The Role of Communicators in This Year’s Election Cycle

Amid concerns of foreign interference, potential shortages of poll workers and confusion about voting by mail during the coronavirus pandemic, Election Day on Nov. 3 promises to be challenging.

More than ever, voter education is vitally important this year. And communicators from myriad organizations — corporations, nonprofits, government and other entities — are helping Americans understand where, when and how they can vote.

The U.S. Election Assistance Commission is an independent, bipartisan agency of the U.S. government created by the Help America Vote Act of 2002. The commission’s resources show Americans how to register to vote and confirm their voter-registration status; and the locations, hours and accessibility of their local polling places.

Further, the commission clarifies each state’s voter-identification requirements and explains the concept of provisional voting, which is used to record a vote when questions about the voter’s eligibility must be resolved before the vote can count. The commission’s website also clarifies absentee-voting requirements, military and overseas voting, early voting and election volunteering.

How companies are helping

This year, U.S. companies including Coca-Cola, Twitter and Uber are giving their employees the day off on Election Day. More than 600 companies, including Lyft, Airbnb and Paramount, have joined ElectionDay.org, a list of organizations that will publicize and distribute voter information to employees and give them paid time off to vote.

Several states have warned that they won’t have enough people to work the polls on Election Day. (Maryland officials estimate they could be short by 14,000 people.) Some companies are asking their employees to volunteer at the polls. Old Navy announced it will give a full day’s pay to its store employees who serve as poll workers.

In 2018, 58 percent of U.S. poll workers were ages 61 and older, according to the Pew Research Center. But since older Americans are more vulnerable to the coronavirus, many have opted not to work this presidential election, NBC News recently reported. To learn how to register as a poll worker, visit the Work Elections site at www.workelections.com.

What communicators are doing

On Oct. 6, PRSA’s Diversity and Inclusion Committee will host its next “Diverse Dialogues” webinar, which will explore the work of communicators during this election cycle. Representatives from Levi Strauss & Co., the League of Women Voters and Time to Vote are among the panelists confirmed for the event, scheduled from 6-7 p.m. ET.

Voting is the foundation of our democracy. The Constitutional voting rights of U.S. adults ages 18 and older cannot be infringed upon because of race, color, sex or age. These rights are codified in the 15th, 19th, 24th and 26th Amendments. In 1965, the Voting Rights Act prohibited racial discrimination in voting.

John Lewis, the late U.S. Representative (D-Ga.) and civil rights leader, said it best: “The vote is the most powerful nonviolent instrument or tool we have in a democratic society.” 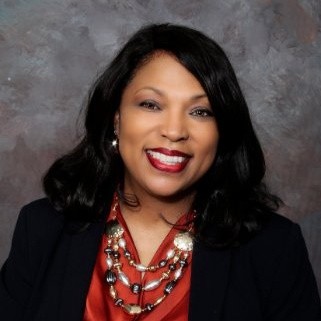