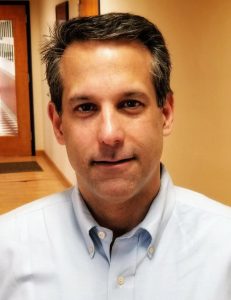 A 30-year industry veteran and the author of three studies on the impact of reputation, Michael Cherenson is Accredited in Public Relations (APR) by the Universal Accreditation Board and Public Relations Society of America and is a member of the organization’s prestigious College of Fellows.

In 2009, Cherenson served as Chair and CEO of the Public Relations Society of America (PRSA), the world’s largest professional organization for public relations professionals. Prior to that, he served as the society’s Secretary, on its national board of directors, as chair of its Advocacy Advisory Board, and liaison to its Board of Professional Ethics and Standards.

During his tenure on the Board of Directors, Cherenson co-authored a PRSA study on MBA Programs, with emphasis on communication curricula. In 2005, Cherenson represented PRSA on Capitol Hill to address bills aimed at regulating video news releases. That same year, he represented the U.S. State Department and its Bureau of International Information Programs on a mission to Croatia, where he served as a keynote speaker at the 6th Annual Croatian Public Relations Association Conference.

In January 2020, Cherenson was elected to serve a two-year (2020-2022) term as the National Professional Adviser to the Public Relations Student Society of America (PRSSA). The foremost organization for students interested in public relations, PRSSA has nearly 10,000 members on some 375 college and university campuses around the world.

Currently, Cherenson is a member of the PRSA’s Educational Affairs Committee and serves as a site team member for the Group’s CEPR Certification program. He also serves on the Accrediting Committee and as a site team member for the Accrediting Council on Education in Journalism and Mass Communications (ACEJMC). Cherenson also serves on the board of directors of One To World, a New York City based non-profit that engages almost 100,000 international students studying in the New York-area (including over 800 Fulbright grantees) through programs that create understanding and build positive relationships between area residents and these unofficial ambassadors from around the world.

In 2018, Cherenson was selected to participate in the Joint Civilian Orientation Conference (JCOC), the oldest and most prestigious U.S. Department of Defense public liaison program. Hosted by the Secretary of Defense, the JCOC program is directly linked to the Department of Defense’s new initiative, This Is Your Military. This initiative strives to educate and accurately inform the American public on the military’s relevance and innovativeness. In addition, the program seeks to introduce Americans to those who currently serve, and to dispel common misperceptions about the military.

Cherenson served on the advisory boards at the University of Florida’s Department of Public Relations at UF’s College of Journalism and Communications and on Fairleigh Dickinson University’s Corporate and Organizational Communication Department. He is a past President of the New Jersey Chapter of the PRSA, which honored him with its Service Award in 2002.

A father of three, Cherenson is a graduate of Ithaca College in Ithaca, NY, and attended the prestigious Graduate School of Political Management (GSPM) at George Washington University, Washington, DC. He is founder and president of the Pequannock Lacrosse Club and Board Secretary of the Boys and Girls Club of Northwest New Jersey.