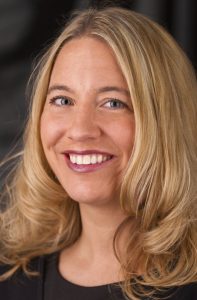 Alisa Agozzino, Ph.D., APR is an Associate Professor of Public Relations at Ohio Northern University. As the PR program head, she has taught over 16 different classes within the major and developed a social media minor for any major on campus. She has received numerous awards for teaching, including the international Pearson Award for Innovation in Teaching with Technology.

Agozzino’s research interest lies in social media tools within the public relations field. Her current research agenda examines how social media impacts different industries. From nonprofit, to admissions offices, to public relations professionals, Agozzino explores how those using social media tools are doing so to effectively reach their target audiences in order to build and maintain mutually beneficial relationships. Her work has been published in over 20 academic and trade publications such as the Public Relations Review, Journal of School Public Relations, Building Online Communities in Higher Institutions book, Casing Public Relations book, PR News Writer’s Guidebook and the Encyclopedia of Social Media and Politics.

For the past 10 years, Agozzino has served as a PRSSA adviser in some capacity — six years as Chapter adviser and six years as Student-run Firm adviser. She also has been an active member of the PRSA Educators Academy since 2008, serving as the Section’s newsletter editor in chief for the last five years and currently serving as the secretary. At the local level, Agozzino serves Central Ohio PRSA as a National Assembly delegate and social media chair. In 2016, COPRSA recognized Agozzino with the Walt Siefert Award for Outstanding Service to PRSSA.

In 2013, Agozzino was chosen as one of 10 faculty fellows for the Plank Center for Leadership in Public Relations where she worked for two weeks alongside the digital team at Florida Power & Light. She has presented nearly 40 keynotes or special guest presentations to a variety of community, sports and university audiences both locally and around the country on the topic of social media.

Agozzino received her bachelor’s degree in communication from Ohio Northern University and her master’s and Ph.D. in public relations from Bowling Green State University.  She resides in Lima, Ohio with her husband Jeremy and their two beautiful children, Isaac and Olivia.